Groom Wears Nothing But a Pair of Shorts on Wedding Day, Bride Reveals The Reason Why | See Pics

Recently, pictures of a young couple from Indonesia went viral on Twitter, showcasing the groom shirtless and clad in nothing but a pair of shorts.

Jakarta: Everyone wants to look their best on their wedding day. After all, it’s one of the most special day in one’s life and couples go all the way to ensure that their wedding dress is nothing but elegant and impressive. With all of their closest friends, family and distant relatives gathered around them, the bride and groom become the focus of attention for the entire day. However, have you ever seen a groom in shorts? Recently, pictures of a young couple from Indonesia went viral on Twitter, showcasing the groom shirtless and clad in nothing but a pair of shorts.Also Read - Hours Before Wedding, Groom Finds Out That The Bride is Actually His Sister; Know What Happened Next!

While the bride was dressed in a traditional Javanese wedding attire, the groom even had an arm sling on with a couple of bandages plastered on his knees. The photos of the couple were posted on Twitter by user @br0wski which have gone viral on Twitter and people are now curious to know what really happened. 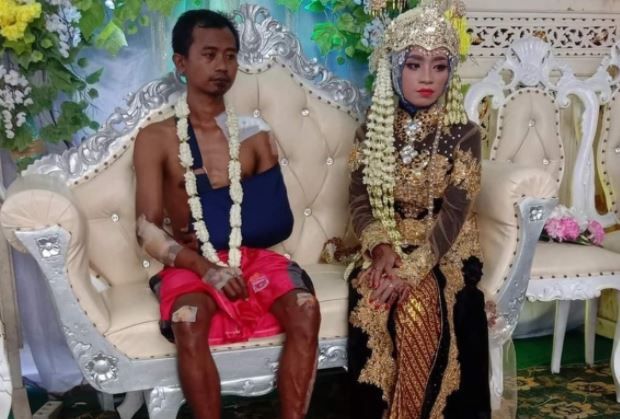 The groom was shirtless and clad in nothing but a pair of shorts.

According to a report by Kompas.com, the groom was involved in an accident where he fell off his motorcycle and injured himself four days prior to the wedding.

The bride Elinda Dwi Kristiani told the Indonesian newspaper, “My husband Suprapto was involved in an accident while he went out to buy petrol. He suddenly lost consciousness on the way, then he fell off the motorcycle.” She further said that he was unable to wear his wedding attire at that time because he had just undergone shoulder surgery because of the injury. 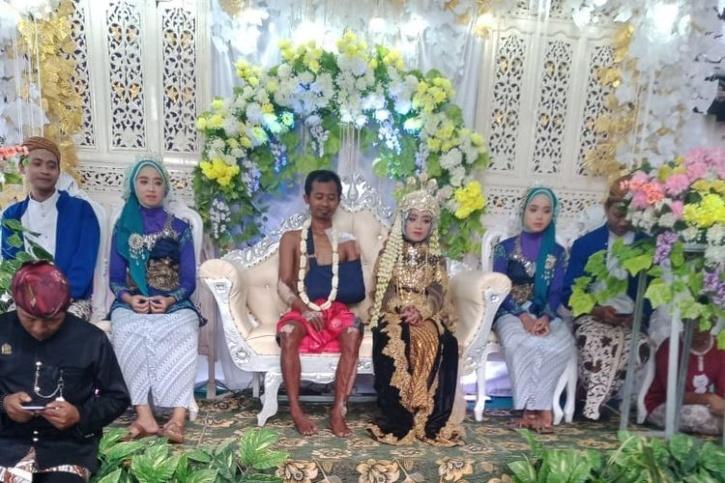 Well, the pictures have gone viral and have been retweeted more than 3000 times, with hundreds of comments pouring in.

One user joked ”Maybe this is what is called being married by accident,” while other commented,” Even though it’s an accident why don’t you wear proper clothes.” Many also praised him for showing up at the wedding despite being injured. 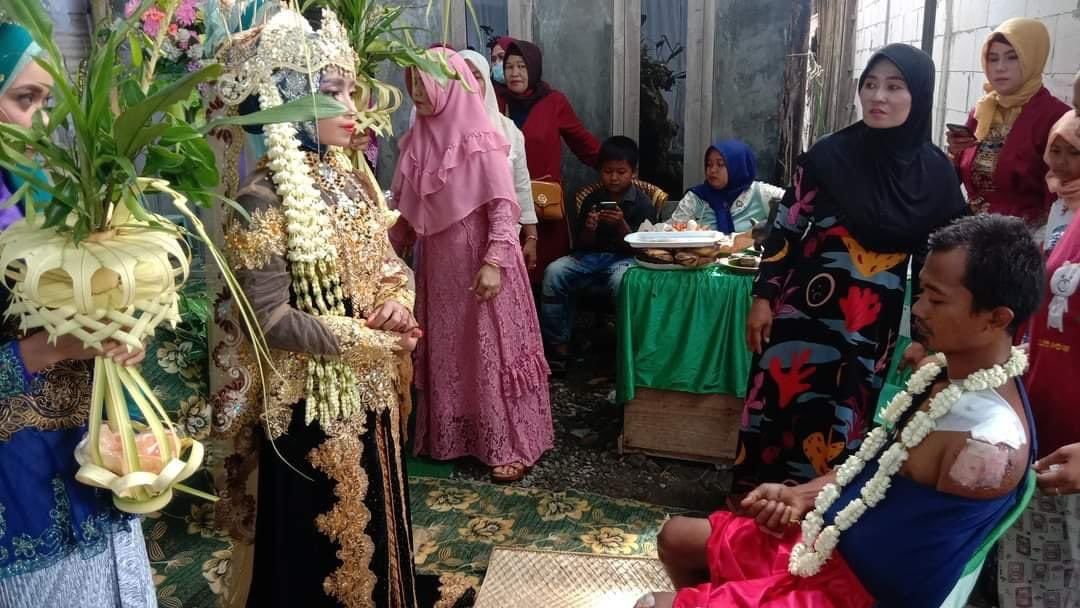 Happy married life to the couple!