In videos and pictures of the event, the groom present on the stage first prayed to Lord Shiva with folded hands before lifting the bow and then raised the bow.

Saran: Inspired by the Swayamvara of Lord Shri Ram, a unique wedding was organized in Bihar’s Saran, which has now become talk of the town. Just like the swayamvar that happened during Ramayana period, the groom too broke a bow (dhanush) and the bride then puts a garland around his neck to solemnize the marriage.Also Read - This Video of a Bride-to-be's Unique Way of Seeking Blessings from Her In-Laws Through Zoom Call Goes Viral | WATCH

Notably, the Dhanush Swayamvar was organized during a marriage ceremony in Sabalpur East area under Sonpur block of Saran district. In videos and pictures of the event, the groom present on the stage first prayed to Lord Shiva with folded hands before lifting the bow and then raised the bow. 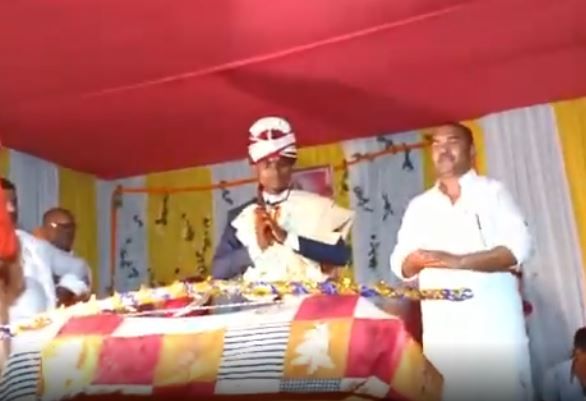 As he breaks the bow, an echo of cheers and claps can be heard from the people present at the ceremony. 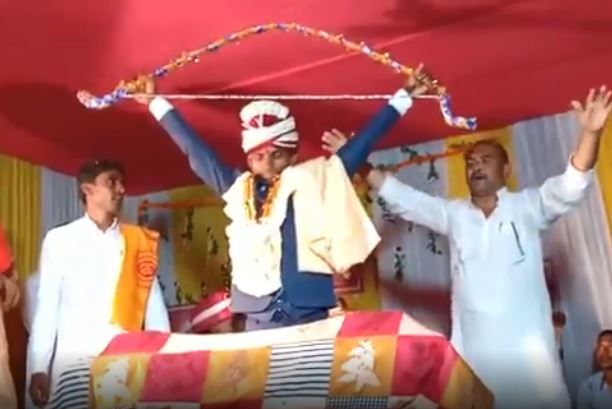 Many said that this unique marriage was reminiscent of the marriage of Lord Rama and Mother Sita. 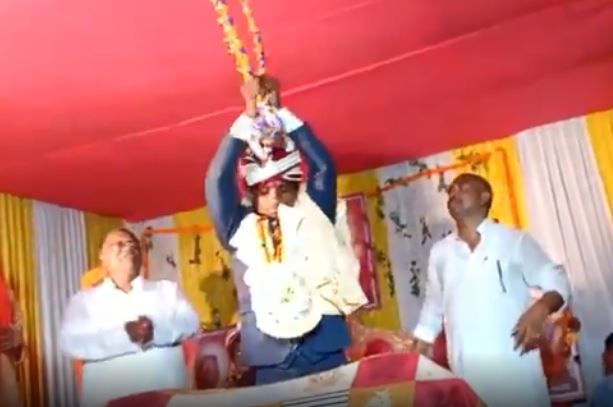 As people start showering flowers, the bride is brought to the stage after which both of them put garlands on each other on the stage. Not just the bow-breaking event, all the rituals of marriage were conducted like the Swayamvar of Lord Shri Ram by chanting mantras by the Pandit on the stage. 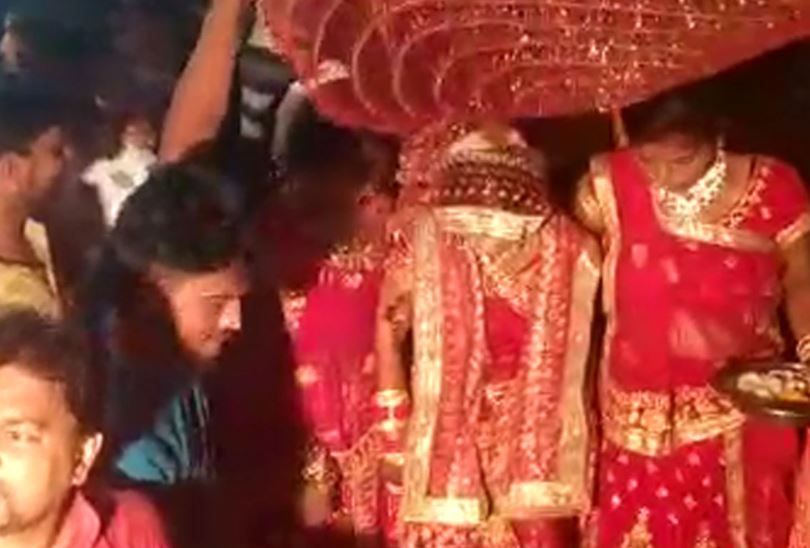 In Ramayana, Sita had put a garland around Lord Ram’s neck after he breaks the bow which is a symbol of her accepting him as her husband.

Though the wedding was a huge hit in the district, none of the Covid-safety protocols were followed. None of the people on the stage nor the wedding guests were seen wearing masks and no social distancing was followed.