For the first time in history, an Airbus A340 has successfully landed on Antarctica's icy territory, a video of which is going viral.

Viral Video: Though the mighty Airbus A340 has been flying around the world since early 1990s, it had never touched down Antarctica until now. Yes! For the first time in history, an Airbus A340 has successfully landed on Antarctica’s icy territory, a video of which is going viral. Hi Fly, an boutique aviation company, was behind the flight.Also Read - Bike or Plane? Desi Jugaad Comes Handy For Carpooling Amid Petrol Hike. Watch Viral Video

Hi Fly has made history once again, by landing, for the first time ever, an Airbus A340 in Antarctica.@Airbus #SpecialMissions #ConqueringAntarctica #A340https://t.co/7oEIm8tBMg

The plane travelled a total of 2500 nautical miles or 4630 kilometres back and forth. Each flight took between five and five and a half hours, and the team spent less than three hours on the ground in Antarctica, covering 2,500 nautical miles. 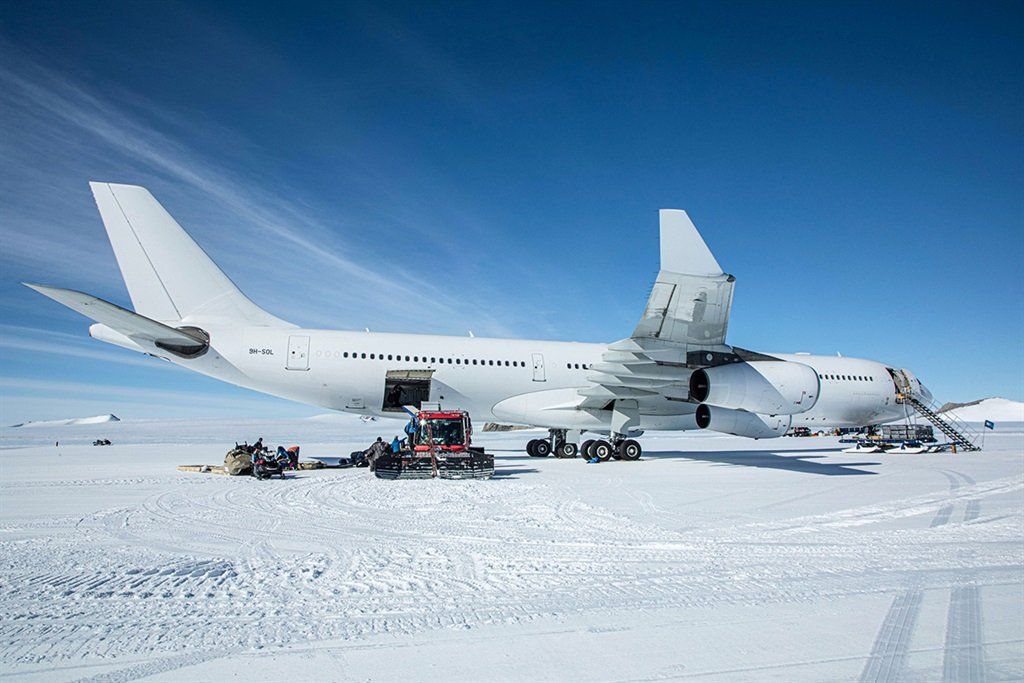 The flight was landed on the blue-ice runway at the Wolf’s Fang property, designated as a C-level airport, despite not technically being an airport. Only highly specialized flying can fly there due to challenging conditions. According to the pilot Carlos Mirpuri, the flight went smoothly, but the runway wasn’t easy to spot.

“The cooler it is, the better,” wrote pilot Mirpuri in his log. “Grooving is carved along the runway by special equipment, and after cleaning and carving we get an adequate braking coefficient; the runway being 3,000 meters long, landing and stopping an A340 that heavy on that airfield wouldn’t be a problem.”

“The reflection is tremendous, and proper eyewear helps you adjust your eyes between the outside view and the instrumentation. The non-flying pilot has an important role in making the usual plus extra callouts, especially in the late stages of the approach,” Mirpuri added.

The historic flight will now pave the way for passenger flights using larger jet aircraft to travel to Antarctica in the future and open up the continent for tourism activities. There is no official airport in Antarctica, but there are 50 landing strips and runways.