Fiery Revenge: Woman Sets Ex-Boyfriend’s Rs 23 Lakh Bike on Fire After His Refusal To Get Back Together | Watch

Bangkok: Breakups are tricky, and not all of them end on peaceful terms. Most of them are messy and complex and cause a lot of pain and trauma for both the parties involved. In one such relationship gone awry, a 36-year-old woman in Thailand set his ex-boyfriend’s bike on fire after he refused to get back together with her. Notably, the woman herself had given the one million Baht (Rs 23 lakhs) Triumph bike to her boyfriend when they were in a relationship. However, after their relationship ended on a bitter note, Wan wanted to take revenge on her ex-lover.Also Read - This Matrimonial Ad Seeking Match for an 'Opinionated Feminist' with 'Short Hair' and 'Piercings' Goes Viral. Know

According to the CCTV footage of the incident, Kanok Wan first walks up to the bike with a canister in hand and then proceeds to douse the bike in fuel, lighting it with a match and then walking away from the scene. 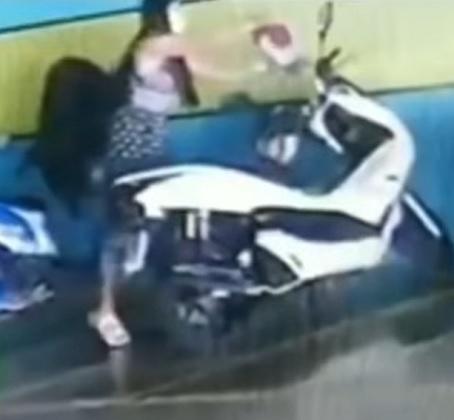 Well, her revenge plan backfired (literally), as six other vehicles parked nearby were engulfed in the fire before the rescuers arrived to put the blaze out, reported LadBible. Thankfully, no one was hurt because of the incident and a big disaster was averted due to the quick action of  firefighters. 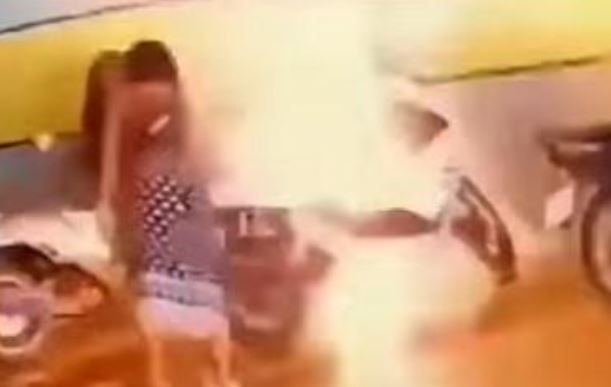 “We were informed of the fire incident on the third floor of the parking building inside Srinakharinwirot University Prasarnmit Demonstration School. The building was connected to the elementary level wing of the school but no one was hurt because the students were on an online class arrangement due to the pandemic,” Thonglor police officer Mongkut Thanomjai was quoted as saying by LADbible.

Based on the CCTV footage clippings, the police managed to track down Wan. She was identified as the ex-girlfriend of a school employee. Wan is currently under arrest and is being interrogated on charges of arson and damaging other people’s property.