The incident happened on Monday, when the marriage procession which was returning with the bride and groom, got stuck in the strong currents of Kankai river.

Kishanganj: In an unusual incident reported from Bihar’s Kishanganj, a groom was seen crossing the river with his newly wed bride on his shoulder. The incident happened on Monday, when the marriage procession which was returning with the bride and groom, got stuck in the strong currents of Kankai river. The procession crossed half of the river on a boat, but after a while, the boat could not go any further.Also Read - Kaliyuga’s Swayamvara: Just Like Lord Ram, Groom Breaks Dhanush & Puts Garland Around Bride’s Neck | See Pics 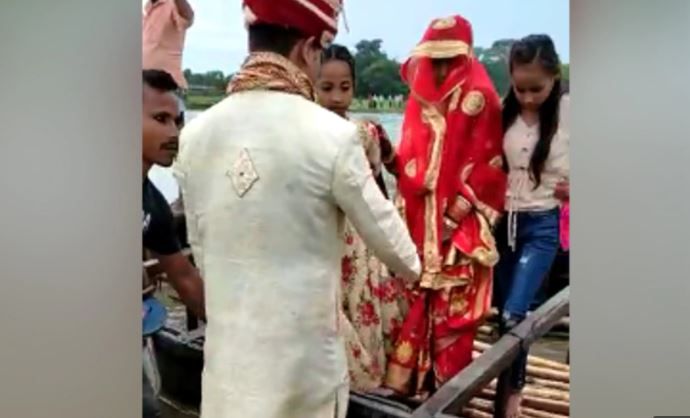 While the rest of the baaratis crossed the river on foot, the bride got stuck. Due to the rise in the water level of the river, the groom did not allow his wife to get into the water for her safety. The groom Shiva Kumar then came to her rescue and carried his newly wed bride on his shoulder and made her cross the Kankai river.

While the groom lifted the bride on his shoulder, people present there clicked several pictures and video of this incident and uploaded it on social media.

As soon as the video went viral, it became a topic of discussion in the area. 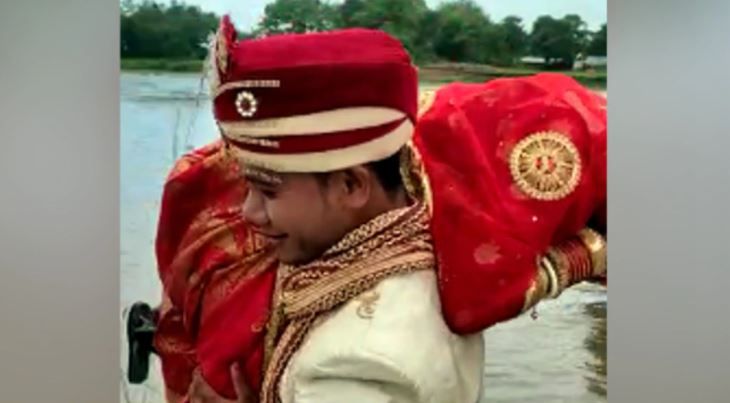 Previously too, many such incidents have been witnessed in Bihar. A few days back, another bride’s house was engulfed by flood water due to a flood in Gopalganj. Both the sides showed understanding and the groom reached the bride’s house by taking a boat.