In the video going viral, the bride and groom, dressed in their wedding finery, are seen engrossed in playing the popular Garena Free Fire game on their mobile phones.

Viral Video: Wedding videos on social media are the flavour of the season and everyday or the other, funny and heartwarming videos of Indian weddings go viral. As you all know, Indian weddings are rather lengthy affairs with various rituals and ceremonies that take hours to be executed. Often, marriage ceremonies that start at night continue till early in the morning, which might make people feel bored. That’s what happened with a couple who resorted to playing games on their mobile phone to pass the time.Also Read - Viral Video: Bride & Groom's ‘Zabardast’ Bhangra Dance Before The Varmala Ceremony is Winning Hearts | Watch

In the video going viral, the bride and groom, dressed in their wedding finery, are seen engrossed in playing the popular Garena Free Fire game on their mobile phones. An Instagram user Niranjan Mohapatra shared the video in which the adorable couple are enjoying the game and also seen talking and smiling. The user has described the game as PUBG, but users in the comments section rightly pointed out that the game that the couple is playing is Free Fire.

The video has gone viral with more than 69,000 likes, and many are loving this cute chemistry between the couple, while many commented that they are not paying PUBG. 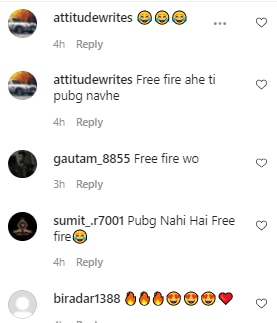 A few months back, a similar video had gone viral, wherein the groom and bride were seen sitting at the wedding mandap and playing a bottle flip game.