In one such video that has gone viral on the internet, the groom is seen dancing joyfully, but the real fun starts when the bride puts up an equally energetic performance and impresses everyone.

Viral Video: Weddings are just incomplete without crazy dance performance. These days, brides and grooms take the lead and make grand entries at their wedding venues by putting up memorable dance performances. After all, it’s the most special day of their lives! In one such video that has gone viral on the internet, the groom is seen dancing joyfully, but the real fun starts when the bride puts up an equally energetic performance and impresses everyone.Also Read - Bride Ditches Her Drunk Husband & Runs Away With Her Cousin on Wedding Day

From the video, it can be guessed that this wedding is being conducted outside India, but in a desi style. From the caption it seems that the bride is from an African country, who is marrying an Indian man, according to Indian traditions. At first, the groom grooves to the dhol beats and starts dancing in front of the bride. Seeing her groom dancing, the bride is unable to control herself and breaks into some bouncy dance moves by shaking her waist. Together, the couple pull off impressive dance moves while swaying to the beats of a drum.

This video has been shared on Instagram on an account named Shivam. The caption of this video reads, ‘When India and Africa meet together…’ .

The fun dance video has gone viral, amassing over 148,274 likes and several comments congratulating the spirited couple. The best part of the video was that the couple was dancing carefree and enjoying the most happy moment of their lives. People loved the dance performance, with many saying that the bride and groom are made for each other. See some reactions here: 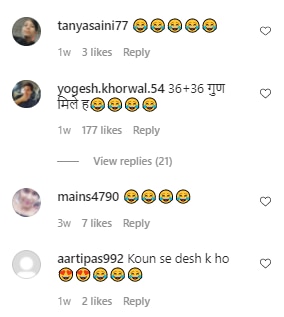 In a similar video, a groom is seen breaking into Bhangra dance as his wife-to-be walks towards the wedding stage. As soon as the beautiful bride enters the wedding hall, the groom surprises the guests as he starts dancing with full vigour and excitement on the beats of dhol.