Viral Video: Bride Waves at The Groom, Sends Him Flying Kisses As He Arrives at Wedding Venue | Watch

In the video, a bride can be seen eagerly waiting for her groom and as he finally arrives with the baraat, she waves at him and sends him flying kisses.

Viral Video: For many people, getting is one of the most special moment of their lives and the thought of spending it with someone they love is an absolutely beautiful and exciting feeling. One such adorable moment captured in a video has gone viral, and chances are it might make you smile. In the video, a bride can be seen eagerly waiting for her groom and as he finally arrives with the baraat, she waves at him and sends him flying kisses.Also Read - Viral Video: Woman Performs Bihu Dance on Manike Mage Hithe, Video Delights People | Watch

In this video, the bride, dressed in a beautiful red lehenga, runs to the balcony as the groom arrives with his procession. As he looks up, her happiness is evident on her face. She then excitedly waves at him and sends him flying kisses and also wishes him luck.

The video was uploaded on Instagram by an account named Witty Wedding with the caption, ‘Brides sneak-peak to her Barat 💃🏾🥰Not wait to see her groom.”

The bride’s incredibly beautiful reaction to seeing his groom arrive is capturing hearts on social media. Some commented how lucky they were to have each other, while some said that the bride’s priceless reaction shows how happy she is. Others filled the comments section with heart emojis.

One user wrote, ”Haye such a cutiee,” while another commented, ”So gorgeous.” 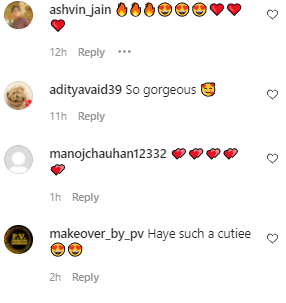