In a new Instagram post, Ricky is seen dancing to Bollywood song Chogada  from the film Loveyaatri along with his son and daughter to to celebrate the Navratri spirit.

Viral Video: Bollywood songs are not just popular in India, but also equally loved in many other countries. One such fan is Washington-based Ricky L Pond, a content creator, who routinely dances to peppy Bollywood numbers. In a new Instagram post, Ricky is seen dancing to Bollywood song Chogada  from the film Loveyaatri along with his son and daughter to to celebrate the Navratri spirit.Also Read - Viral Video: Man Surprises Wife With a Romantic Gift, Her Adorable Reaction Has Internet Go Awe | WATCH

The video shows Ricky Pond, dressed in a cobalt blue sherwani, performing Garba with perfect energy and expressions. Chances are you might want to groove along with him too. Meanwhile, his son was seen in brown and his daughter is in a black and brown suit, who match the dance steps along with their father in sync. The song ‘Chogada’ is from the 2018 movie Loveyatri featuring Aayush Sharma and Warina Hussain. It was sung by Darshan Raval.

He captioned the video, “Chogada. For any song suggestions, fill out the form! Link in my Bio.”

Since being shared, the video has gathered more than 35,000 likes and many encouraging comments, especially from Indians who are thrilled to see him perform Garba.

Onr user wrote, ”One of my favorite songs to dance on!” while another wrote, “Super. Just right for the festive season of Navratri.” ‘Nice’, ‘amazing’, ‘wonderful’, ‘mind-blowing’ filled the comments section. 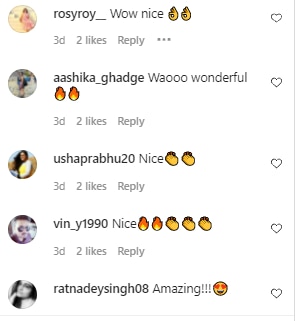 Ricky Pond, who is based in the US state of Washington has a massive following of 454k on Instagram. His bio describes him as, “Dancing dad with 4 kids.”

Pond had first gone viral in India in 2020 after he danced to Hrithik Roshan’s 2019 hit song Ghungroo and popular Bhojpuri song ‘Lollipop Lagelu’ with his daughter. After that, he danced on many Bollywood songs like, O Beta Ji, Malhari, London Thumakda, Dum Duma Dum, Chammak Challo and Bachpan ka Pyar.