The 'Coke Maggi' was served to a customer at Ghaziabad's Sagar Pizza Point.

Maggi noodles have been experimented with a lot, especially with more and more Maggi and chai points popping up in every corner of India. While many bizarre Maggi experiments have gone viral, a video shows a new Maggi recipe that the internet considers downright criminal.

A video is going viral on social media where a street vendor in Uttar Pradesh’s Ghaziabad can be seen cooking instant Maggi noodles while using Coca-Cola instead of water The video was posted on Instagram by the user ‘Bhukkad Dilli Ke’ with the following caption: “Tag karo apne uss dost ko jisko aap ye maggi khilana chahte ho”. The ‘Coke Maggi’ was served to a customer at Ghaziabad’s Sagar Pizza Point.

The video shows the vendor adding some oil and vegetables to a pan. He adds salt, spices and empties a small bottle of Coca-Cola into the pan. He then adds the noodles and Maggi masala and covers the pan to cook the dish. After stirring for a while, he serves the Maggi to the customer in a box with two forks.

The video has received over 2 lakh views and 8,500 likes along with dozens of comments from triggered netizens. One disgusted Instagram user commented saying, “Arrey bhai bas karo maggi ka satyanash kar dia.” “Total poison,” a user said. Another user said, “O Bhai maro mujhe maro”. Here are some of the comments from the post: 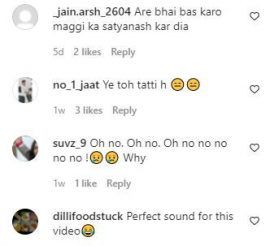 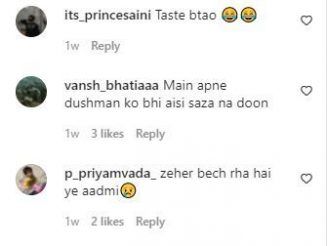 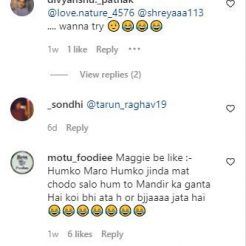