Joining the trend, a video of an IndiGo air hostess dancing to Manike Mage Hithe on an empty flight has gone crazy viral on social media.

Viral Video: If you are active on Instagram, you must have heard the song, ‘Manike Mage Hithe’ as the background track to many Insta reels. The song has created a sensation in both Sri Lanka and India and is on everyone’s lips these days. Several celebrities and netizens alike have shared dance videos on ‘Manike Mage Hithe’ which are gaining a lot of love and appreciation on social media. Actors like Amitabh Bachchan and Parineeti Chopra also shared videos of them on their social media account, where they can be seen grooving to the rhythm of this song.Also Read - Viral Video: Bride & Groom's ‘Zabardast’ Bhangra Dance Before The Varmala Ceremony is Winning Hearts | Watch

Joining the trend, a video of an IndiGo air hostess dancing to Manike Mage Hithe on an empty flight has gone crazy viral on social media. The airhostess identified as Aayat Urf Afreen danced to the viral song in the aisle on the flight during a halt. As the flight was vacant, Aayat took advantage of this golden opportunity and put on an adorable dance performance with amazing expressions while her colleague recorded her video.

She shared the video on Instagram and wrote, ”Long halts! aur crew thoda sa dance na karein.. ✈️💜 thanks to @jodianoorabh for these lovely steps!”

Shared on August 28, the video has received a whopping 13.8 million views and 982K likes, with comments pouring in. Social media users are just loving the dance and the air hostess’s cute expressions.

One user said, ”Your expressions made my day,” while another said, ”Cute smile and beautiful ma’am.” A third commented, ”Happiness is watching Aayat dance after so long! ” 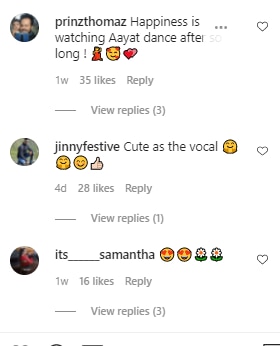 The song has been sung by young artiste Yohani De Silva, who hails from Colombo.