A man thought it was his lucky day as he finds money stuck under the tyre of a car parked near a cafe. But little did he know this would happen.

A video is going on social media that has left netizens absolutely hysterical. The scripted video was uploaded on Instagram a few days by the user ‘ghantaa’. The post has now gone crazy viral with over 2.34 lakh likes.

In the viral video, a man thought it was his lucky day as he finds money stuck under the tyre of a car parked near a cafe. To not seem as if he’s picking up someone else’s money, he bends down near the tyre and pretends to tie his shoelace to pick the note up but it’s still stuck under the car’s weight. He tries not to act suspicious and cleverly goes behind the car to push it forward, but even that attempt fails.

He then goes to sit at the outdoor seating cafe across the road and waits for the driver to move his car while keeping an eye on the note. He gets nervous as a woman walks near the cash, stops for a second and then moves without noticing the stuck note. After this, a janitor comes to sweep the road but when he gets to the car under which the note is stuck, he realises that his shift has ended and turns around. The man waiting at cafe breathes a sigh of relief on seeing this.

Then the car’s driver finally shows up and the man’s eyes light up. After waiting for the car to move with bated breath, it finally happens, and the man stands up to go get his free money. However, then comes a hilarious twist in the video.

The man did not realise that all people sitting with him at the cafe were waiting for the car to move so they could get the note as well. When he gets up, they all get up and run towards the car. The man realises what’s happening and gives up.

Netizens found the video hilarious and commented comparing their bad luck with that of the man. “My luck from childhood,” a user commented. A few users also joked that this could be the cafe owner’s business trick. Here are some of the comments from the post: 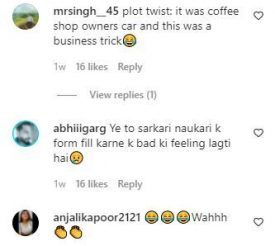 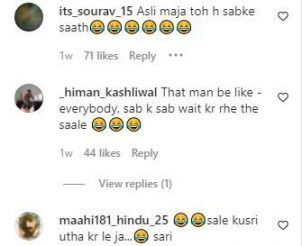