Instagram users really appreciated the loving gesture of the groom to help the bride. Users dropped a lot of laughing and heart emojis in the comments.

Mandap Me Makeup: An adorable yet hilarious video is going on social media where a groom can be seen helping his bride with her makeup when their marriage ceremony was taking place.Also Read - Dulha's Love for Khaini: Video of Groom Making Tobacco Mix and Chewing it While Waiting For his Bride Goes Viral | WATCH

In the video, the couple could be seen sitting in a mandap for their wedding rituals. After the groom puts sindur (vermilion) in her maang, a bit of sindur fell on the bride’s nose. Also Read - Viral Video: Groom Lovingly Feeds Golgappas to The Bride, Internet Loves Their Chemistry | Watch

While the bride was carefully cleaning the sindur off her nose with a tissue, the groom took a makeup brush and dusted it off her nose and forehead gently. The couple could also be seen smiling while sharing the cute moment. Also Read - Dulhan Ka Attitude: Bride Angrily Throws Mithai on Wedding Stage, People Say 'Calm Down Bhabhi' | Watch

The video has received thousands of views and likes on Instagram. Instagram users really appreciated the loving gesture of the groom to help the bride. Users dropped a lot of laughing and heart emojis in the comments. Some commenters found the moment cute. Here’s what some of the comments said: 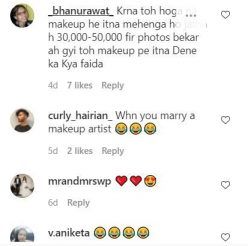 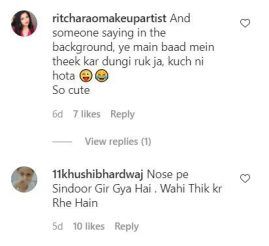