The woman attempts to amuse her adorable son, who is less than a year old, but it turns into a hilarious 'parenting fail'. Watch the viral video here.

A hilarious video is going viral on social media that has left netizens hysterical. The video was posted by a woman named Anna Newton, who has over 10.8k followers on Instagram. The video, with the text ‘parenting fail’ on it, shows Anna shopping at a store with her family when she across a huge box of cushions. She attempts to amuse her adorable son Theodore, who is less than a year old.Also Read - Viral Video: Rare Lizard With Two Heads Amazes Australian Zoo, Netizens Say Wow. WATCH

The video then shows Anna gently throwing her son onto the pile of soft cushions while saying “Weeee!”. However, she misses her target and the baby falls deep inside the box. The panicked mother then dives into the box to fish out her son from under the pillows. She has a look of relief on her face when she realises that her son is luckily completely unharmed. He just had a funny look of ‘what just happened?’ on his face. Anna then cuddles Theodore and laughs. Also Read - Baby and Monkey Fight Over Mobile Phone. Watch Hilarious Viral Video

The look on the baby’s face in the end is really the funniest and cutest thing you’ll see today. Instagram users flooded the comments with laughing emojis. While some users commented saying they’re crying, many said the video is funny that they’re dying. Here are some of the comments from the post: 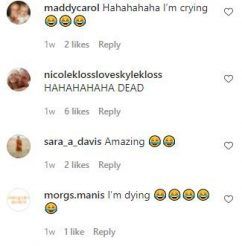 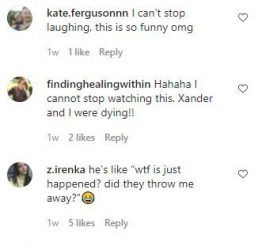