Jalore: After 16-hour-long operation, a four-year-old boy who fell into over 90-foot-deep open borewell in Rajasthan’s Jalore district on Thursday morning, was finally rescued. According to an ANI report, the boy known as Anil Dewasi fell into newly-dug borewell while he was playing at a field in Lachhari village on Thursday around 10 am. As per police, the borewell was dug just two days back in a farm owned by the child’s father, Nagaram Dewasi. The borewell had a cover, but the boy removed it while playing on Thursday afternoon. He then tried to take a peek but slipped and fell inside.Also Read - Baby Elephant Falls Into 30-Feet-Deep Well in Jharkhand, Rescue Video Goes Viral | Watch

A worker saw it and raised an alarm, following which villagers informed the administration. The rescue operation began after teams of NDRF and SDRF reached the spot in Lachhri village.

“The teams are constantly communicating with the boy so that he does not fall asleep,” the SHO said.

#UPDATE | Rajasthan: The four-year-old boy who fell into a nearly 95-feet-deep open borewell in a village in Jalore has been rescued. pic.twitter.com/UEak9keBEN

“The child, Anil has been rescued with joint efforts of all. He is safe and admitted to the hospital where he is under doctors’ observation. Three NDRF teams from Gandhi Nagar, Vadodara and Ajmer were involved in the operation along with one SDRF team,” Sub-Divisional Magistrate (SDM) Bhupendra Kumar Yadav told ANI late night. 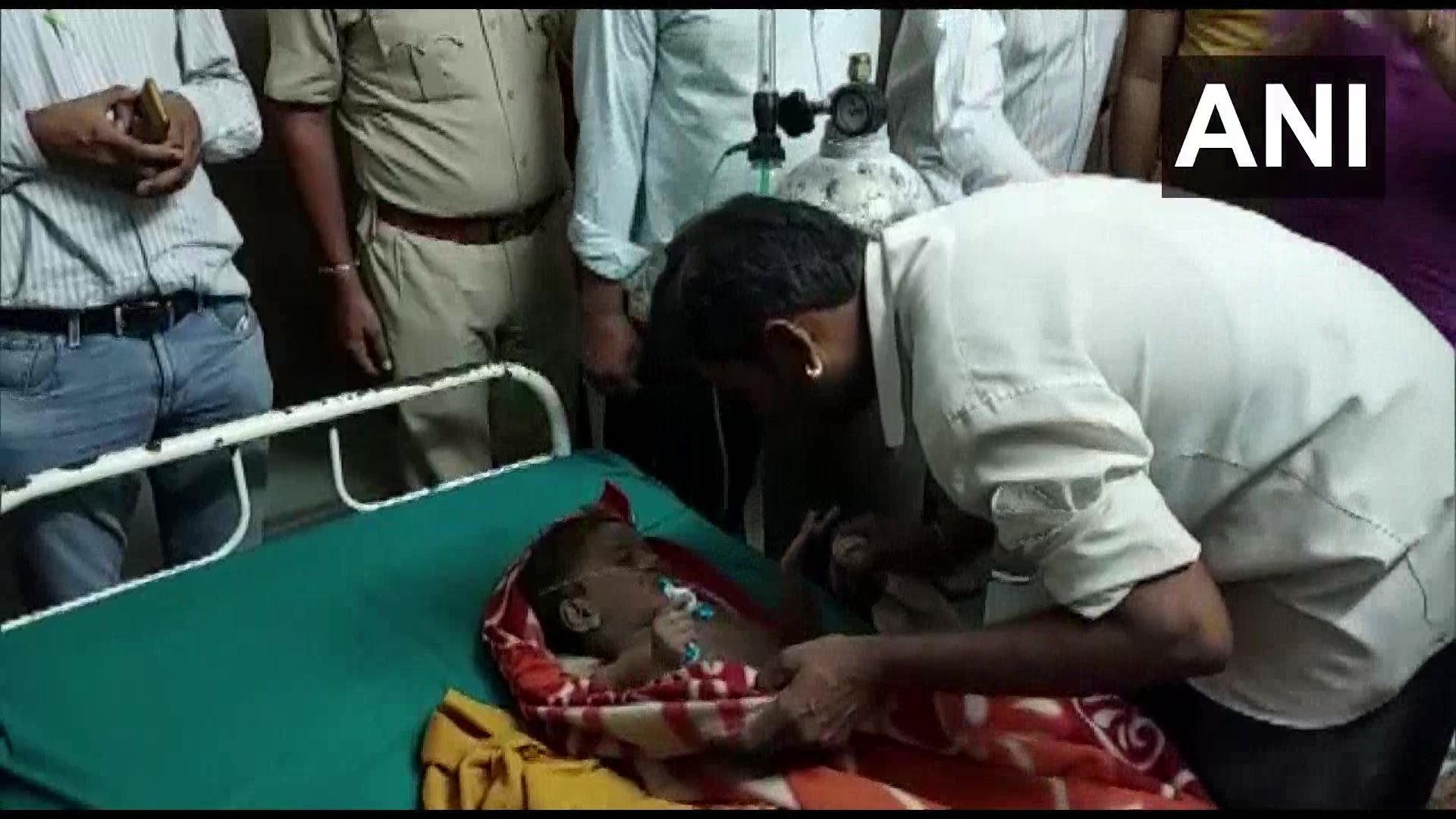 The SDM also appreciated a local named Madharam for his special efforts of rescuing the child.