Viral Video: Man Gets Pranked by Fake Snake While Shopping, His Reaction is Too Funny | Watch

It can be seen in the video that the man got scared after seeing the snake and started jumping around.

Viral Video: When you think of a snake, the first word that comes to mind is fear! If we happen to spot a snake, we are automatically filled with terror and fright. Snakes are many people’s worst fear and encountering them would be a total nightmare. That’s what happened with a person who was shopping in a grocery store. In a video on Instagram, a man is seen shopping when he suddenly encounters a snake slithering in front of him.

It can be seen in the video that the man got scared after seeing the snake and started jumping around. He also dropped the things that were in his hands. Though understandable, it’s funny to watch his reaction. However, it soon becomes clear that it was a fake snake. The snake was planted by someone in order to prank him.  The video of this prank has been shared on Instagram account named official_viralclips 6 hours ago and people can’t stop laughing.

The comments section is full of laugh emojis and many said that they will try this prank with their friends. 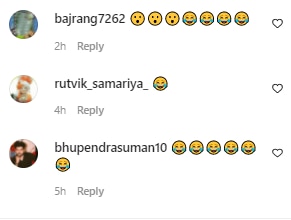