Notably, the video showcases Pond dancing to the peppy song along with his wife to celebrate their 25th wedding anniversary.

Viral Video: Bollywood songs are not just popular in India, but also equally loved in many other countries. One such Bollywood fan is Washington-based Ricky L Pond, a content creator, who routinely dances to peppy Bollywood numbers. After winning hearts with his dance on Dum Duma Dum, he is back with a video of him and his wife dancing to the song Chammak Challo from the movie Ra One. Notably, the video showcases Pond dancing to the peppy song along with his wife to celebrate their 25th wedding anniversary.Also Read - Viral Video: Little Girl Celebrates Janmashtami by Dancing to 'Radha Kaise Na Jale', Delights The Internet | Watch

Dressed in traditional Indian outfits, the couple are effortlessly seen dancing and also seem to be thoroughly enjoying themselves. While Pond is wearing a red kurta with a white pyjama and a brown Nehru jacket, his wife Roxanne is wearing a navy blue kurti set.

Shared just yesterday the dance video has garnered over 30,000 likes and social media users have applauded the duo for their performance. The video has gone viral, and Indians especially are ecstatic to see his energetic dance and desi clothes. The comment section is full of love and heart emojis, with many users wishing them “Happy anniversary”.

Here are other reactions: 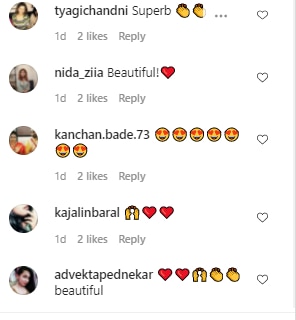 Ricky Pond, who is based in the US state of Washington has a massive following of 466k on Instagram. His bio describes him as, “Dancing dad with 4 kids.” Pond had first gone viral in India in 2020 after he danced to Hrithik Roshan’s 2019 hit song Ghungroo and popular Bhojpuri song ‘Lollipop Lagelu’ with his daughter. After that, he danced on many Bollywood songs like, ‘O Beta Ji’, ‘Malhari’, ‘London Thumakda’ in addition to including Tamil, and Telugu songs too.