Virat Kohli announced his arrival in form with a dazzling century against West Indies at Dharamsala in the fourth One-Day International. 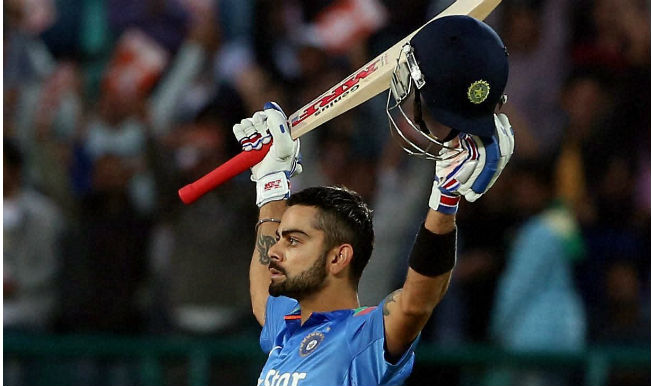 Virat Kohli announced his arrival in form with a dazzling century against West Indies at Dharamsala in the fourth One-Day International. Although the right-hander scored half-century in his last outing, but century from his bat was much needed given the lean patch he faced since England tour. Kohli scored 127 off 114 balls as he clobbered West Indies bowling attack and made them look ordinary.Here we bring to you five things that you need to know as Kohli smashed yet another century of his career. Also Read - Modi US Visit: PM to Meet President Biden Today | Here's What to Expect From Their First Tete-a-Tete

1)     This is Virat Kohli’s 20th ODI century and he now shares sixth spot with Pakistan’s Saeed Anwar on all-time highest hundreds in ODI cricket. Also Read - Modi-Harris Meet: PM Thanks US for Extending Help 'Like a Family' During Second Covid Wave | Key Points

3)     Kohli who occupies third place on the list for most hundreds for India is now only two centuries behind Sourav Ganguly’s 22 hundreds. Sachin Tendulkar tops with 49 centuries.

4)     On most hundreds in ODIs list Kohli along with Sri Lanka’s Kumara Sangakkara and West Indies’Chris Gayle are the only present-day batsmen to feature in Top 10. Gayle has 21 centuries while Sangakkara has 19.

5)     Kohli now has three centuries against West Indies in 21 ODIs. He has also scored three against Australia and Bangladesh each. His most ODI centuries are against Sri Lanka (five).