Want a Brand New Royal Enfield? Finish This 4 Kg ‘Bullet Thali’ in An Hour & The Bike Will Be Yours!

A Pune eatery will offer a Royal Enfield Bullet worth Rs 1.65 lakh to any contestant who manages to finish a non-veg thali within 60 minutes.

Pune: If you have been wishing to buy a Royal Enfield Bullet, here’s your golden chance to get your hands on the most sought after bike. However, the catch is you need to be really hungry for it! Yes, turns out that a restaurant in Pune has come up with a unique contest called ‘Win a Bullet bike’ for its customers.Also Read - Meteor 350 is Here. 8 Things that Make Royal Enfield's New Baby A Sensation. Price to Specs: All You Need to Know

What is the contest?

According to Times Now, Shivraj Hotel, located in the Wadgaon Maval area in the outskirts of Pune, will offer a Royal Enfield Bullet worth Rs 1.65 lakh to any contestant who manages to finish a non-veg thali within 60 minutes.

But it won’t be easy as you will need to gorge on a non-vegetarian platter consisting of around 12 dishes. The dishes include Fried Surmai, Pomfret Fried Fish, Chicken Tandoori, Dry Mutton, Grey Mutton, Chicken Masala and Kolumbi (Prawn) Biryani. The cost of each thali is Rs 2,500.

Check out the poster of the contest: 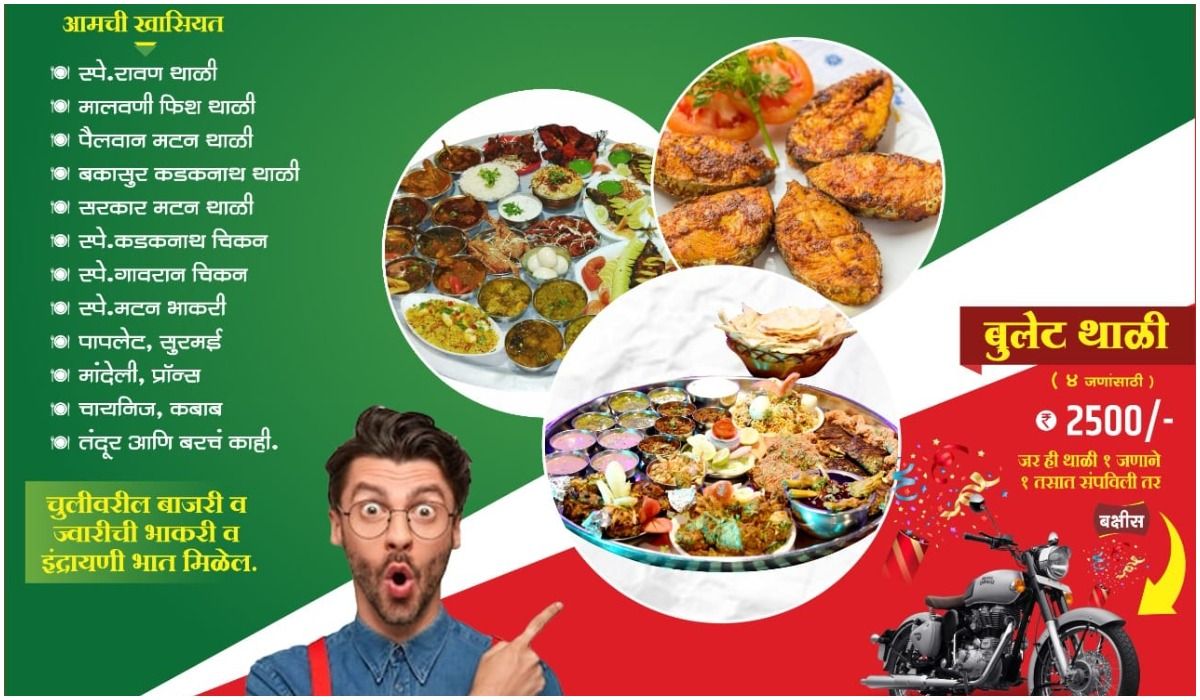 For the competition, five brand new Royal Enfield Bullet bikes have been placed in the verandah of the restaurant. Notably, the restaurant stumbled upon this idea in a bid to attract more customers and increase its sales amid the pandemic. Previously, the eatery had also arranged a similar contest that required four people to finish the 8kg Ravan Thali within 60 minutes. The winner was awarded with a cash prize of Rs 5000.

Not just Shivraj Hotel, restaurants across India are coming up with unique offers and discounts to bring in more customers amid the coronavirus pandemic.

Atul Waikar, the owner of Shivraj Hotel, told India Today that the Bullet Thali contest has received a good response as several people have visited the eatery to participate in the contest. And one man has won the coveted bike already!

Somnath Pawar, a resident of Solapur district in Maharashtra, finished a Bullet Thali in less than an hour and took home a brand new Royal Enfield Bullet. So, what are you waiting for? Try your luck if you happen to be in Pune! Keep your appetite intact and win the bike of your dreams.