The Miss USA 2015 beauty pageant was held on Sunday, July 12 at Baton Rouge. It was the 64th annual pageant featuring contestants from 50 states and the District of Columbia. To bag the crown the contestants competed in swimsuit, evening gown and final question for a shot at the crown and then the title of Miss USA 2015. Also Read - US Announces Reward of up to USD 5 Million For Information About 26/11 Mastermind 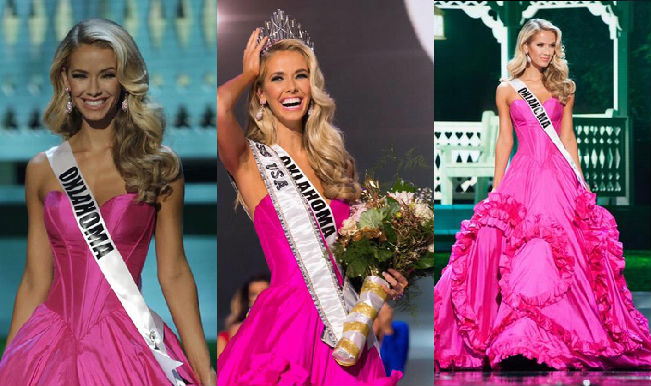 The Miss USA 2015 contest faced a lot controversy due to which the beauty pageant was delayed. The Miss Universe Organization co-owner Donald Trump made a range of controversial comments about Mexicans that lead to several other problems. Also Read - Won’t Let Rigged Election Steal Our Country: Trump Takes U-turn After Acknowledging Biden’s Victory

The hosts and judges of the show dropped out. The channels Univision and NBC dropped out from broadcasting the show. At the last minute a digital cable network Reelz stepped in to broadcast America’s traditional beauty contest. According to the reports by AP, old Miss USA and Miss Universe contestants were roped in to judge the 2015 Miss USA Pageant. (ALSO READ: Miss USA 2015: Miss Oklahoma Olivia Jordan wins the 64th annual pageant)

For those who missed the extravaganza event, here is the complete show of the 64th annual pageant shared by Miss USA on YouTube. Watch the video below and let us know your views.