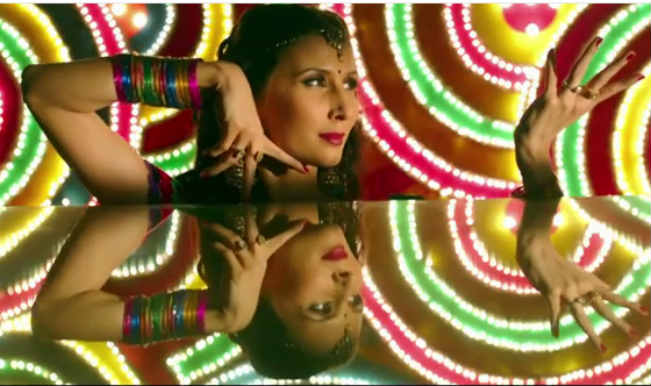 The song, featuring Claudia, is striving hard to look like a top- notch item number by aping the dance steps and movements of the popular song Aa Re Pritam Pyare (Rowdy Rathore) but fails miserably at it! We aren’t very impressed with Claudia’s dancing style and throughout the song, she just has a bland smile on her expressionless face. There is nothing exciting about this boring and dull song except the flashy and over-bright outfit sported by Claudia. Also Read - Rajinikanth, Kangana Ranaut, Karan Johar And Other Cine Powerhouse Attend PM Modi's Swearing-in

We wonder what on earth made Rekha Bhardwaj sing ‘Patnewali’, who is especially known for her distinctive singing style and has lent her voice for hit tracks like ‘Phir Le Aya Dil’ (Barfi!) and ‘Genda Phool’ (Delhi-6). With lyrics like ‘Chauka diya, behla diya, mere thumko ne sara ka sara ilaqa bauka dia, bauka dia’, we wonder if Kailash Kher is out of his mind! Unfortunately, we are quite disappointed with the legendary singer who has given us some of the most incredible songs like ‘Allah Ke Bande’ and ‘Teri Deewani’ in his powerful and earthy voice.