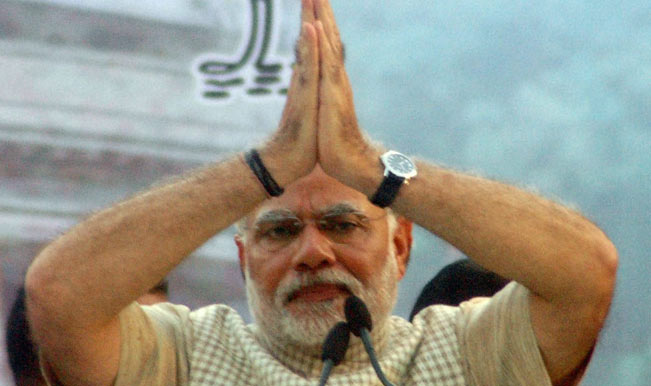 A very appalling emotional outbreak was experienced during the Bharatiya Janata Party (BJP) Parliamentary Party meet. During the acceptance speech made by BJP prime ministerial candidate Narendra Modi broke down mid speech. He referred to the comment made by LK Advani that he had done favour to the party by taking up the responsibility, which was responded with a rather emotional denial for the comment by Modi. Also Read - Parkash Singh Badal, Former Punjab Chief Minister, Returns Padma Vibhushan Award over Farmers' Protest

Modi expressed his gratitude towards party MPs for the unanimous election addressing the BJP parliamentary board meeting in the Central Hall of Parliament.

Watch the video below.