As per the reports from Kerala TV channels, injured Brazilian footballer Neymar is likely to come down to Kerala to undergo an ayurveda treatment for his injured vertebrae.

Also Read - THESE States in India Have Imposed Lockdown, Other Restrictions This Month 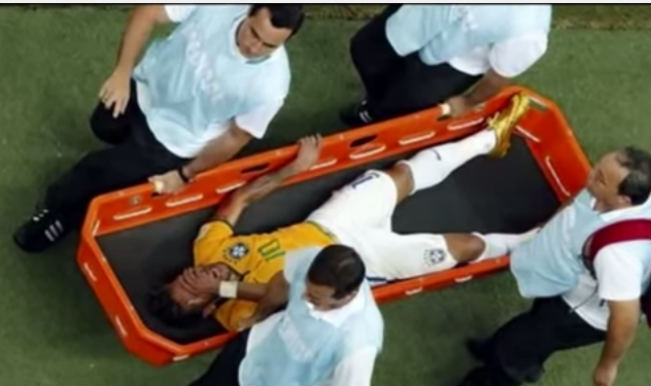 Reports claim star Brazilian player Neymar will visit Kerala for his vertebrae treatment. As per the reports from Kerala TV channels, injured Brazilian footballer Neymar is likely to come down to Kerala to undergo an Ayurveda treatment for his injured vertebrae. Also Read - Kerala Imposes Full Lockdown From May 8 Amid COVID Surge, Exempts Essential Services

The TV channels claimed that the Brazilian Football federation had got in touch with the Kerala Chief Minister Oommen Chandy, however Chandy told that all these were rumours. He only received a request from football fans in Kerala, asking the government to put up a requesting proposal for treating Neymar using Ayurveda, which was blown out of proportion. Also Read - UK Variant Dominant in North India, Double Mutant in Maharashtra, Gujarat; COVID Spreads Tentacles in Southern States | Highlights

Neymar was stretchered off the pitch from World Cup quarter-final. In the 86th minute, Neymar was taken down after a blow in the back by Colombia’s Carlos Zuniga as he jumped for a loose ball and threw his knee into Neymar’s back and left the 22-year-old grimacing in pain on the pitch.

The medical staff immediately stretchered Neymar off the field of play and directly into the tunnel for tests. Neymar was taken to a local hospital. Team doctor confirmed that the Barcelona player has fractured a vertebra in his back resulting which Neymar has been ruled out of the FIFA World Cup 2014.