Watch a special video of the UK's royal family paying a visit Down Under and taking part in some activities for Prince George's first birthday! 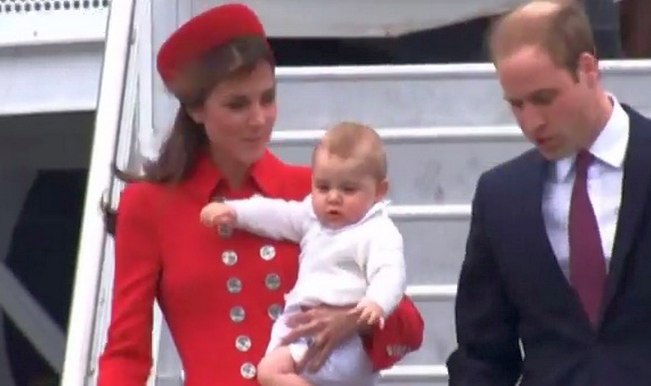 Also Read - Meghan Markle Had Suicidal Thoughts, Says 'I Was Ashamed to Admit it to Harry'

Prince George has turned one! Born on July 22, 2013 as George Alexander Louis, the adorable baby boy of Prince William and Catherine ‘Kate’ Middleton, the Duke and Duchess of Cambridge, celebrated his first birthday in Australia on a special invite. Watch a special video of the UK’s royal family paying a visit Down Under and taking part in some activities for Prince George’s first birthday! Also Read - The Crown is 'Not Historically Accurate': More Criticism Comes in For Netflix Show About The Royal Family

If you’ve enjoyed watching the Little Prince’s earlier cute videos, don’t miss this one either! The official video of the royal entourage in Australia shows a glimpse of their visit Down Under. Also Read - Queen Elizabeth II Spotted Wearing a Mask For The First Time in Public Since Covid-19 Outbreak

The child is the third in line to the British throne after his great-grandmother Queen Elizabeth II, his grandfather Prince Charles, and his father Prince William.