Without a single catchy dialogue and with Richa Chadda’s foul language at unnecessary places, the conversation in the theatrical trailer of Tamanchey lacks everything for a masala film. 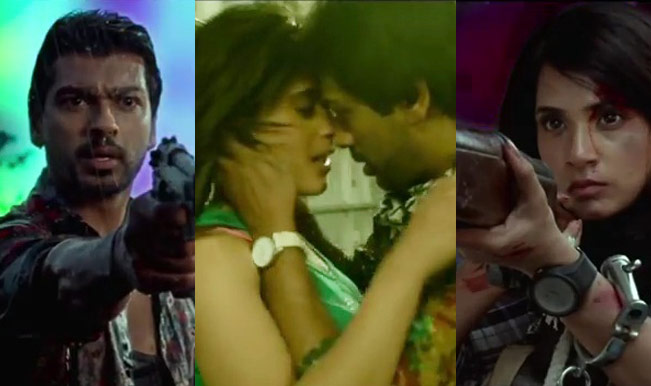 Also Read - Rhea Chakraborty to Work With Nikhil Dwivedi? Producer Says His Tweet Was a 'Mark of Protest'

Going for a ferocious screenplay with the background of a simple story line, the trailer of Tamanchey has completely failed in its attempt to catch attention. Without a single catchy dialogue and with Richa Chadda’s foul language at unnecessary places, the conversation in the theatrical trailer of Tamanchey lacks everything for a masala film and it would make anyone switch the video immediately. Also Read - Sushant Singh Rajput Death: Sapna Bhavnani, Anubhav Sinha, Nikhil Dwivedi Slam Bollywood For Not Lending Helping Hand

Although the Tamanchey trailer starts with a beautiful backdrop of snow-clad mountains, the camera angle from the next moment onward is a total disaster. Also Read - Here Are 7 Reasons Why You Should or Should Not Watch Panga

Though the 25-year-old Richa Chadda is known for her extremely extrovert onscreen characters, she had managed a terrific performance in Goliyon Ki Raasleela – Ram Leela. However, after the much appreciated Ram Leela, everyone was expecting her to play a mature role in a better story.

Conversely, the Tamanchey trailer suggests the movie has nothing but the common Bollywood tadka where the hero and heroine are strangers yet manage to fall in love (here in a failed gangsterous manner) and also think about marriage!

Starring opposite Nikhil Dwivedi, whose title role in his debut My Name is Anthony Gonsalves seemed as if he has enacted his character after much rehearsals, Richa lacks passion. Nikhil himself does not impress too much.

Watch Tamanchey trailer in the player below!