What Mahatma Gandhi means to us today?

What can we learn from Mahatma Gandhi as far as leadership is concerned? Was there anything new about his style of leadership? 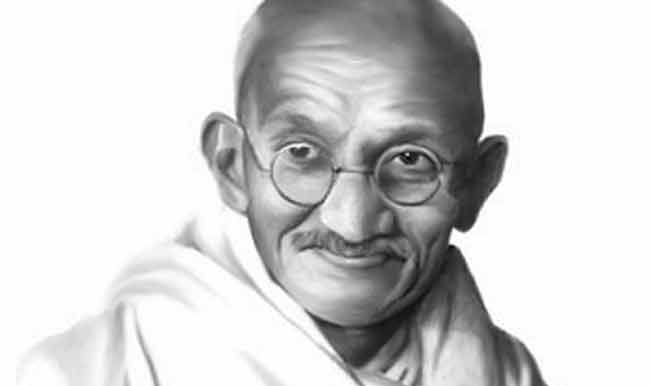 What can we learn from Mahatma Gandhi as far as leadership is concerned? Was there anything new about his style of leadership? And can we put those lessons to good use now? Posing these questions, educationalist and inspirational guru Virender Kapoor comes out with an incisive analysis of the phenomenon called the Mahatma and how his deeds and words can still be relevant today. Also Read - Gandhi Jayanti 2018: Cheteshwar Pujara, Mohammed Kaif to Hima Das, How Sporting Fraternity Remembered Mahatma Gandhi on His 150th Birth Anniversary

The slim volume is not a biography of Mahatma Gandhi. Nor is it about his politics. It is an autopsy of how Mohandas Karamchand Gandhi became an icon by leading a life of simplicity and honesty; preached through practice, motivated millions (rich and poor, men and women) to follow him, and developed strong will power that amazed even his foes. Also Read - Gandhi Jayanti 2018: Quotes by Mahatma Gandhi on His 150th Birth Anniversary

There is a rigorous analysis of the Mahatma’s various qualities including his political skills, the way he communicated with millions of Indians the illiterate included, led from the front, maintained self-discipline, developed an unmatched charisma and also brought spirituality into politics.

“I was amazed to discover how relevant Gandhi’s style of leadership remains in today’s world. The key is to adapt to – rather than adopt – his philosophy in action and it will work for sure,” says Kapoor, author of several books on leadership, motivation and emotional intelligence.

“The Living Gandhi” is an eclectic collection of informed articles on the various facets of the Mahatma. American civil rights activist Bernard Lafayette Jr writes about a killer gang in Colombia whose leader enjoyed – yes, enjoyed — murdering people but refused to kill after he saw the movie “Gandhi”.

Author-journalist Rajni Bakshi is happy that although leaders of independent India rejected “Gandhi’s civilizational critique, subsequent generations of social and political workers kept rediscovering it”. Grandson Rajmohan Gandhi details the influences that led Gandhi to embrace ahimsa or non-violence as his political will; one major push was Tolstoy’s gripping “The Kingdom of God Is Within You”.

In more than one way, the authors in the volume are emphatic that Gandhi’s thoughts and actions offer today lasting solutions to the global crises: “violence and war, the corrupt nature of politics and self-promoting leadership, the broken education system, the rising social and economic inequity, and a threat of an impending ecological collapse”. I hope this is so; not everyone is likely to agree.