Mumbai, Feb 5: Days after crossing one billion user milestone, popular mobile messaging app WhatsApp announced to increase the group chat limit. A user can now add 256 people in a WhatsApp group. The group chat limit was 100 earlier, which was raised from 50 in November 2014. In the latest version (version 2.12.437) of the WhatsApp on their website the limit for members in a group chat has been extended to 256 from 100.Also Read - Banned Over 2 Million Accounts in India in Oct: WhatsApp in Compliance Report to Govt

Since the changes has been made from WhatsApp’s end, the app users don’t have to download any additional update. The facility is available on both iOS and Android devices. As you can notice in the image, you can now add upto 256 people in a group. If your device is not showing the change, then you need to update the client from the App Store or Play Store. The new feature might take some time to reach all its users. (ALSO READ: WhatsApp now has a billion users globally) Also Read - UK Watchdog Directs Facebook to Sell Online GIF Platform Giphy | Details Inside 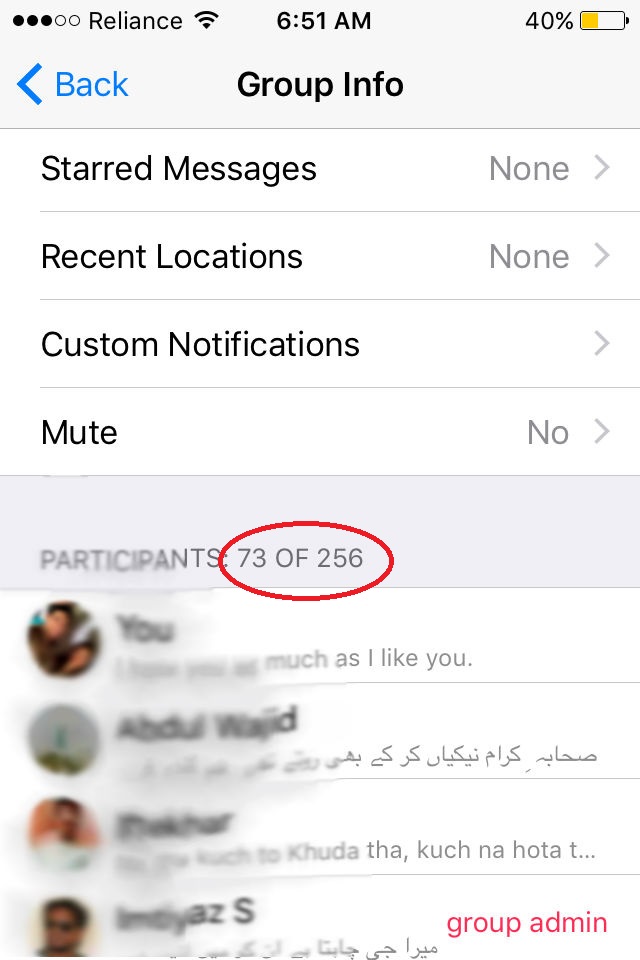 Since February 2014 when Facebook acquired WhatsApp, several changes have been made to the messaging app. Making major changes, WhatsApp recently had removed the yearly subscription fees and made the instant messaging service completely free. WhatsApp is also working on adding video calling service to the app.

Recently, WhatsApp has crossed the one billion user milestone globally with the addition of 100 million users in last five months. In a Facebook post, WhatsApp co-founder Jan Koum said 42 billion messages were sent, 1.6 billion photos and 250 million videos shared everyday on the platform. It also assures that it will not introduce any third-party ads for monetisation and is going to experiment with new models to stay ad-free.