Stay safe and healthy this Holi. India.com wishes you a very Happy Holi! 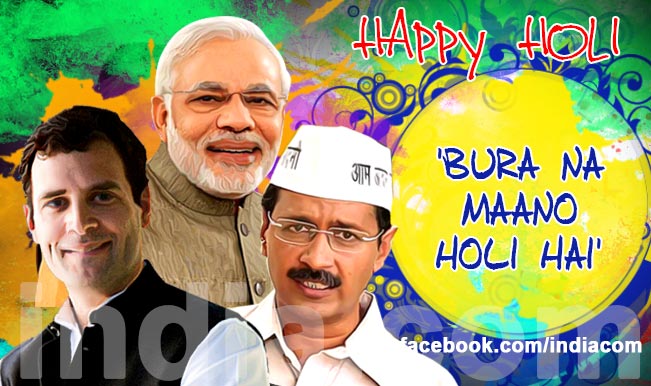 The festival of Holi brings joy to one and all. People of all age groups enjoy the festival in a grand manner by splashing water and sprinkling colours on each other. Holi 2015 will be celebrated on March 6 with all the rituals pertaining to Holika Dahan performed a night before on March 5. Holi is played in India with people from all religious communities participating with equal zeal and joy. It is said that people bury their hatchet and give a fresh lease of life to their faltering relations on Holi. The festival is called by many names such as Dhuleti, Dhulandi and Badi Holi by people across India. (Also read: Happy Holi SMS 2015: Top 21 Holi WhatsApp messages & Facebook updates in Hindi to send Dhulandi wishes to your loved ones!) Also Read - ECB Terminates Players' Contracts For The Hundred

Sending festive SMSes to your loved ones and friends separated by distance is a must for people who use social messaging apps like WhatsApp and Facebook Messenger. The manner in which people celebrate Holi is often termed as rash by some people. However, there is a popular saying which goes like ‘Bura Na Maano Holi Hai‘ (Don’t feel bad, it is the festival of Holi). But when you talk about offending someone and if there’s no mention of politicians, it’d be unfair! (Also Read: Holi 2015 Special: Bhang, Puran Poli – Top 6 traditional delicacies to enhance your taste buds!) Also Read - Zee Digital Witnesses Remarkable Growth, Ranks 3rd on ComScore In January 2020 In News & Information Category

Politicians in India are the ones who are offended way too easily and are often seen being irate over some of the most nonsensical or non-serious issues. We at India.com bring to you a list of jokes on our politicians, be it Prime Minister Narendra Modi, Delhi Chief Minister Arvind Kejriwal, Congress Vice-President Rahul Gandhi, or President Pranab Mukherjee, on the auspicious day of Holi. We guarantee you that these humorous text messages will surely make you forward it to your friends on WhatsApp, Facebook, Line, Hike, WeChat or  through traditional ‘SMS’ on mobiles: 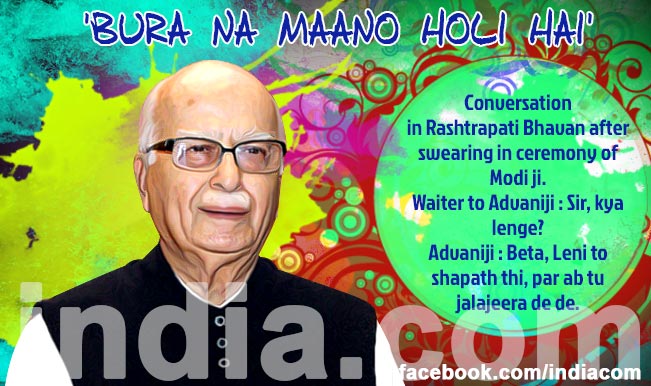 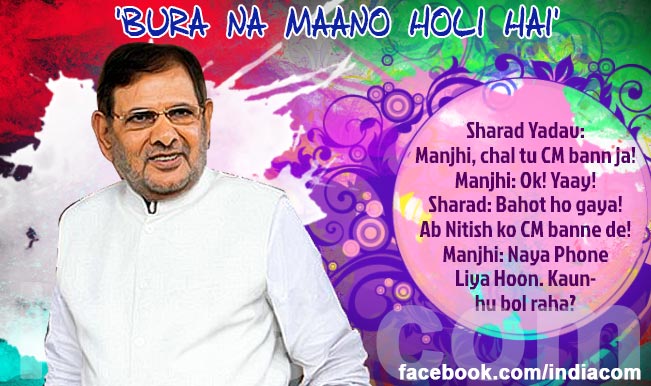 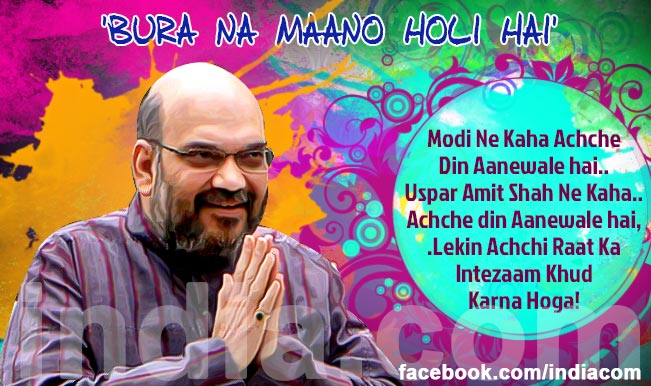 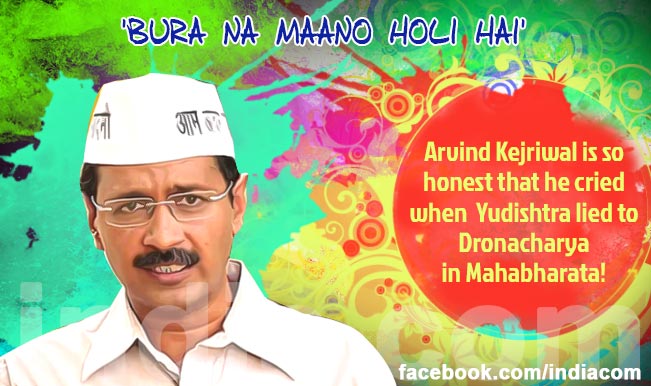 WhatsApp message reads: Arvind Kejriwal is so honest that he cried when in Mahabharata, Yudishtra lied to Dronacharya! 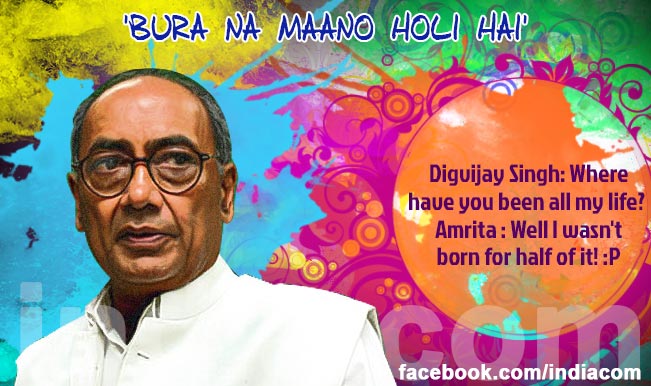 WhatsApp joke reads: Digvijay Singh: Where have you been all my life? Amrita : Well I wasn’t born for half of it! 😀 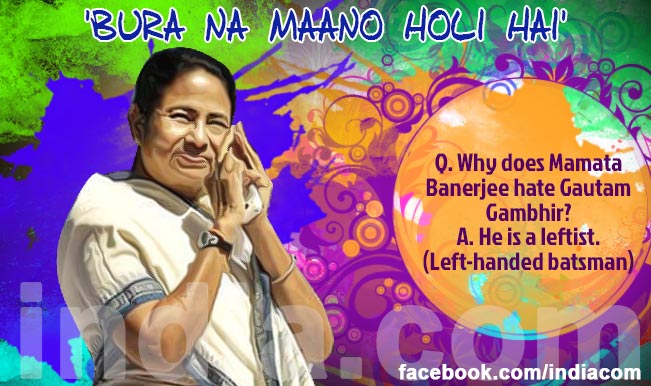 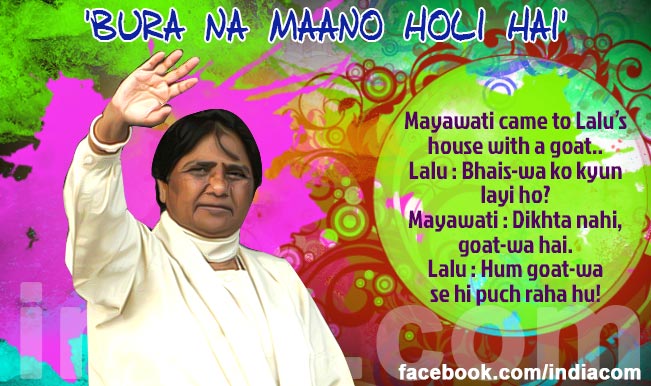 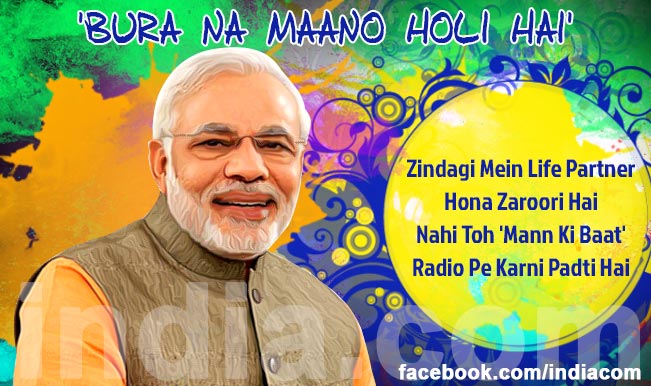 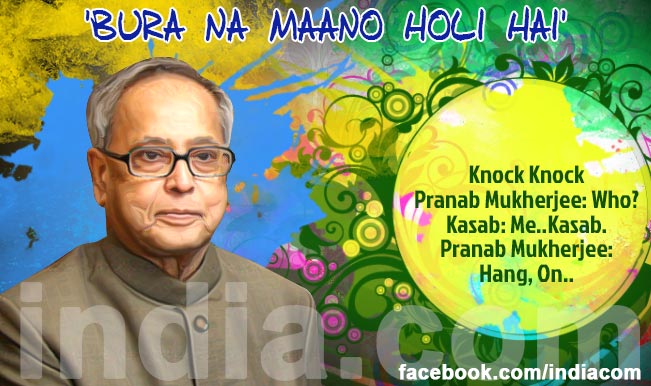 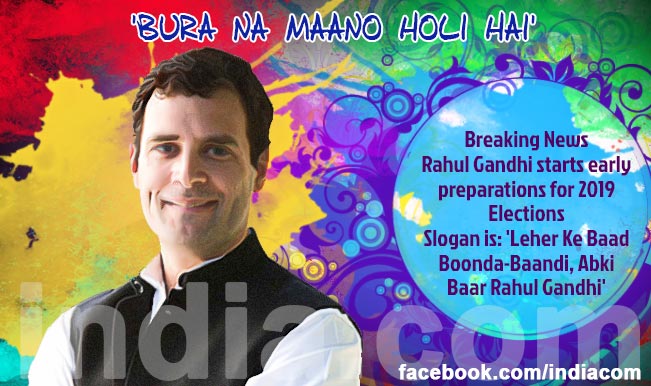 The taste buds have a special treat on the festival of Holi as a sweet-‘Gujiyaas‘ is specially prepared during the festivities. Even people across all ages have a pint of bhaang (or more-so) with milk (Strictly limited! As it is intoxicating)! Stay safe and healthy this Holi. India.com wishes you a very Happy Holi! [Edited by Shweta Parande | Photo Credits: Jyoti Desale]