Will you marry a rape victim? Watch appalling reactions of Indian men 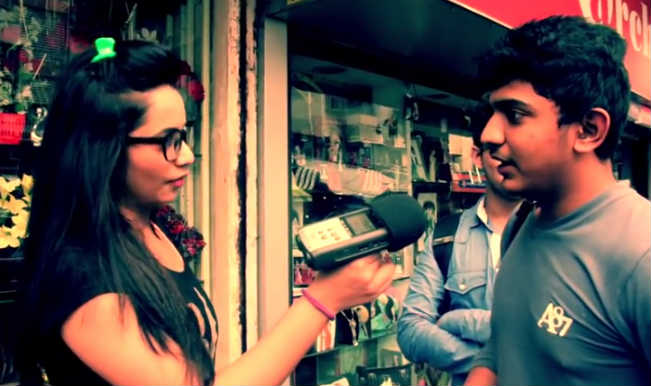 Will you allow your son to marry a rape victim? Hang the rapist not the victim! Our nation goes on a full fledged support garnering march after any incident of injustice against women. We conduct peace march, go on protests, share intense posts on Facebook, tweet about it on Twitter in vain. Yet no one would be willing to marry the victims because those girls have been raped! Also Read - Man Proposes to Girlfriend With 5 Diamond Rings & Asks Her to Choose The Best, Feeling Jealous Yet? | Watch Video

This YouTube video by WTF India took to the streets and asked some fellow Indian fathers and mothers, if they would  let their son marry a rape victim? The responses what they got is pretty shocking! Not only the parents also the guys gave appalling reactions to the question.

The question is intriguing because it pokes the societal superficial persona and reaches out to a deeper level, which indeed reveals what is wrong with our nation’s psyche. The question although intriguing is simple enough with just two choices-yes or no. The majority of the people respond with a negative answer, there are few guys out there who agree to it not out of sympathy, but due to the empathy factor, who are tagged as the heroes of this viral video.

Underneath all the superficial persona of our nation what stagnates is an appalling social stigma and some really disturbing lack of purity bullshit. Although this is a very sensitive matter since when dealing with a rape victim strong psychological trauma is persistent, this may result in deep-rooted mental issues. The possibility of such mental scars is indeed very colossal to deal with. But the simple notion behind this video is to spread the message: Punish the rapist, not the survivor.