Woman With World’s Longest Fingernails Finally Cuts Them, Her Trimmed Nails to be Displayed at a Museum

Williams said she plans to only grow her nails about six inches, according to Ripley's Believe It or Not!, which will display her trimmed nails at its museum in Orlando, Florida.

World’s Longest Nails: Ayanna Williams, the Texan woman who held the Guinness World Records title for longest fingernails on a pair of hands (female) has finally cut her nails after almost 30 years. Williams broke the Guinness World Record for the world’s longest fingernails in 2017, when they measured nearly 19 feet long. It took her more than two bottles of nail polish and 20 hours to do her manicure then. Before getting them cut over the weekend, she got one final measurement: 24 ft, 0.7 in. That manicure took three to four bottles of nail polish over the course of a few days.Also Read - Bride Creates Guinness World Record For Wearing a Wedding Veil That's Longer Than 63 Football Fields | Watch

However, in an emotional and bitter-sweet parting, she got her nails cut over the weekend at a dermatology office in Fort Worth, Texas. Dr. Allison Readinger of Trinity Vista Dermatology in Forth Worth, Texas (USA), used an electric rotary tool to cut the record holder’s lengthy nails after measuring them a final time. 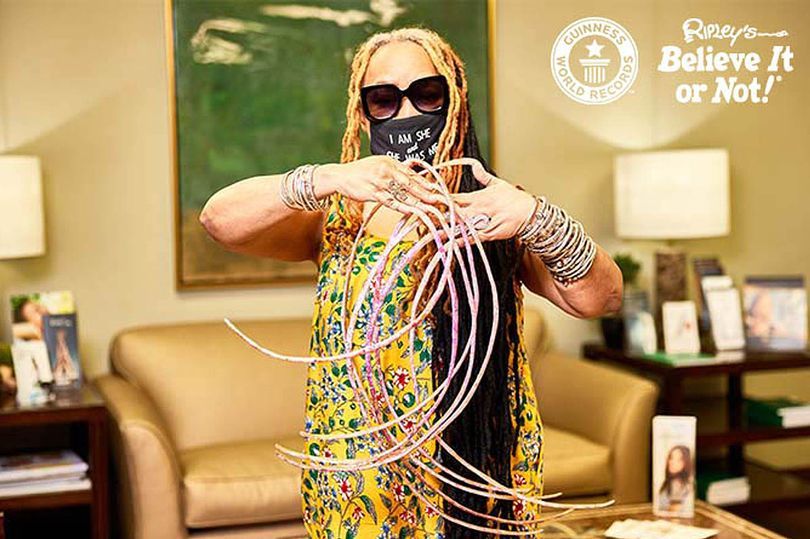 This is the first time the record holder has cut her nails since the early 90s (Source: Guinness World Records.com)

Ayanna faced day-to-day difficulties with her long nails, and was unable to do some activities like washing the dishes and putting sheets on the bed. But now with her shortened manicure she’ll be able to do a lot more with ease.

Speaking to Guinness, she said: “I’ve been growing my nails for a few decades now. I’m so, so ready for a new life. I’m know I’m going to miss them, but it’s just about that time – it’s time for them to go.

“With my movements I have to be very, very careful. So usually in my mind I’m already preparing for the next step that I have to do to make sure that I don’t hurt myself with my nails – or break them. I’m excited about cutting my nails because I’m looking forward to new beginnings. With or without my nails, I will still be the queen. My nails don’t make me, I make my nails!” 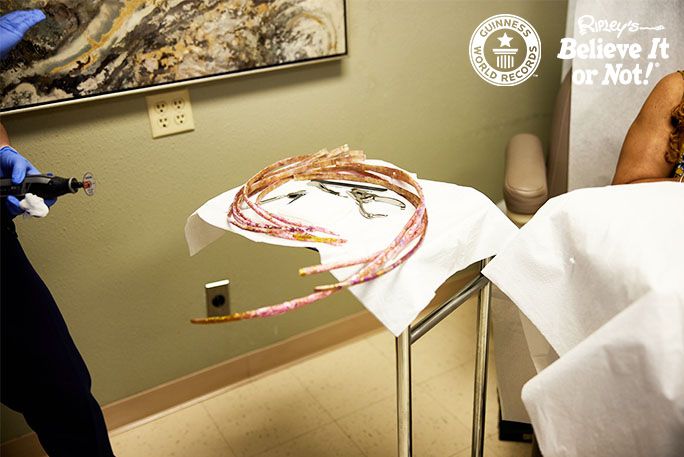 Williams said she plans to only grow her nails about six inches, according to Ripley’s Believe It or Not!, which will display her trimmed nails at its museum in Orlando, Florida.

The record for the longest fingernails ever on a pair of female hands still belongs to Lee Redmond, who started to grow them in 1979. They reached a length of 28 feet, but Redmond lost them in an automobile accident in 2009, according to Guinness World Records.