On World Cartoonists' Day today we take a look at some of the most well known and popular cartoonists of all times.

Today the world is celebrating the World Cartoonists’ Day. Cartoons are one of the favourite parts of the day’s newspapers. Crammed in those four panels is a story told in minimal words with small, detailed drawings. World Cartoonist’s Day is celebrated every year on 5th May. In those three panels and minuscule space a cartoonist aims to tell an entire story sometimes, funny sometimes satirical and sometimes poignant. The cartoonist’s aim is always to sum up the most important news of the time in a cartoon which ultimately makes the reader sit up and take notice. Richard Felton Outcault, an American cartoonist was creator of the series The Yellow Kid and Buster Brown and is considered as the main pioneer of the modern day comic strip and it was his contributions that led to Cartoonists’ Day being created and celebrated around the world. Today cartoons have become an essential mode of recreation and entertainment for us. Bill Watterson, RK Laxman, Charles M Schulz, Anant Pai, Walt Disney, Stan Lee are some of the most notable names in the modern world of cartoons. Also Read - Chacha Chaudhary To Release on OTT Platform Soon

Cartoons, animation and comics have become a staple diet of our psyche. Every other Hollywood release is based on a comic book superhero character. In India we’ve had some amazing and well known cartoonists like RK Laxman, Mario Miranda, Pran and Anant Pai. The brand mascot of Amul the Amul Girl is the most iconic mascot ever created and she has stood the test of time over the years. The Amul cartoons have always depicted the most important news piece in the catchiest way possible which ensures that you sit up and applaud at the puns used. World Poetry Day: Top 5 poems of all time Also Read - 3 Brothers Let Black Widow Spider Sting Them Hoping They Would Turn into Spider-Man, Hospitalised

In honour of the most loved and popular cartoonists of the day we have compiled a list of 10 must-read cartoonists of the popular era: Also Read - Trending News Today April 23, 2020: Spiderman Could Not Sit And Watch Elderly Self-Isolate in Turkey so HERE's What Antalya's Peter Parker is Doing Amid COVID-19 | Watch 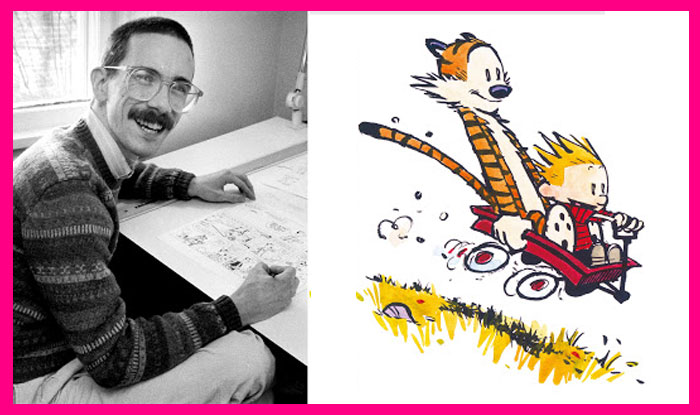 Bill Watterson and Calvin and Hobbes

Bill Watterson is an American cartoonist and the author of the cult comic strip Calvin and Hobbes. The comic strip ran for a decade from 1985 to 1995 but still finds its way to most popular dailies of today. Bill Watterson’s influence is so paramount that he is often credited for being the role model for most cartoonist of present age. His beloved comic strip told the tale of a mischievous six-year-old Calvin and his sardonic stuffed tiger Hobbes. Calvin and Hobbes has endured popularity, influence and academic interest since the time it was published. The strip depicts Calvin’s fancy imagination and his relationship between him and his classmate Susie Derkins and his parents. Hobbes essays a dual nature as to Calvin he is a living anthropomorphic tiger while all the other characters see it as an inanimate stuffed toy. The strip explored broad issues like environmentalism, public education, flaws in the education system and popular culture. 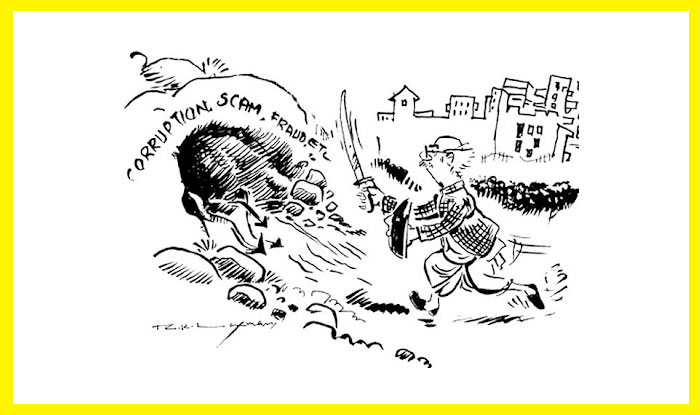 RK Laxman is probably the most well known Indian cartoonist. He was best known for the creation of The Common Man for his daily comic strip You Said It in Times of India which started in 1951. RK Laxman is also credited with the creation of Gattu, the mascot for Asian Paints and his cartoons for his elder brother RK Narayan’s stories like Malgudi Days. RK Laxman’s legacy lives on in his works in his comic strip You Said It which depicted the political situation in the country. 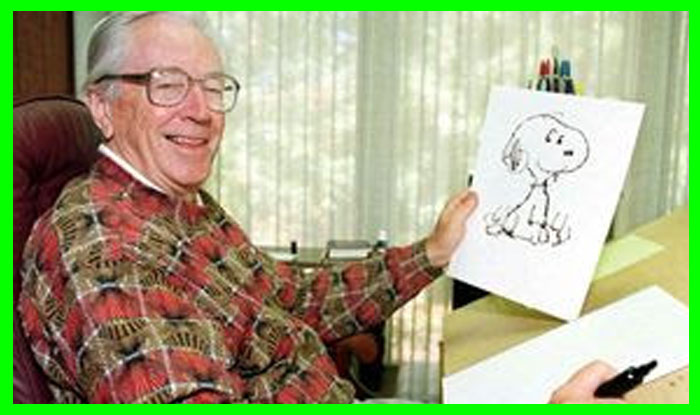 Charles M. Schulz was an American cartoonist best known for his comic strip Peanuts which featured character like Charlie Brown and Snoopy. He is cited as a major influence for later cartoonists including Bill Watterson who created Calvin and Hobbes. 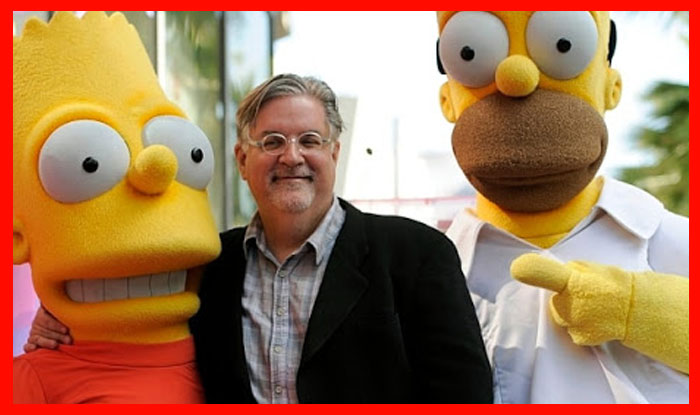 Matt Groening and The Simpsons

Matt Groening is an American cartoonist, writer, producer, animator and voice actor. He is the creator of the comic strip Life in Hell and the television series The Simpsons and Futurama. The Simpsons has become the longest running US primetime-television series in history, as well as the longest running animated sitcom ever. His lovable characters Homer and Marge Simpson and their three children Bart, Lisa and Maggie have become a staple for almost the entire world where the TV series airs. 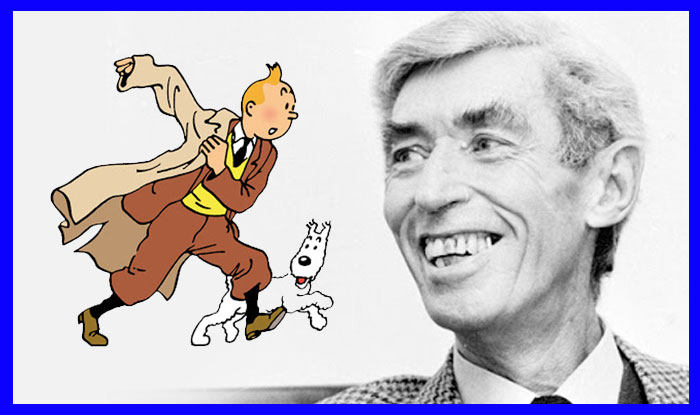 Georges Prosper Remi is probably more well known by his pen name Hergé, was a Belgian cartoonist. He is best known for creating the The Adventures of Tintin, a series of comic albums which are regarded as the most popular European comics ever produced. The Adventures of Tintin has been published in more than 70 languages with sales of more than 200 miliion copies. Tintin is a Belgian boy reporter who along with his fox terrier Snowy travels the world solving crimes and having swashbuckling adventures. Other characters who make an appearance in the series are Captain Archibald Haddock and the absent-minded Professor Cuthbert Calculus. Quite a few movies have also been made on the comic series, latest of which was The Adventures of Tintin: The Secret of the Unicorn released in 2011 directed by Steven Spielberg. 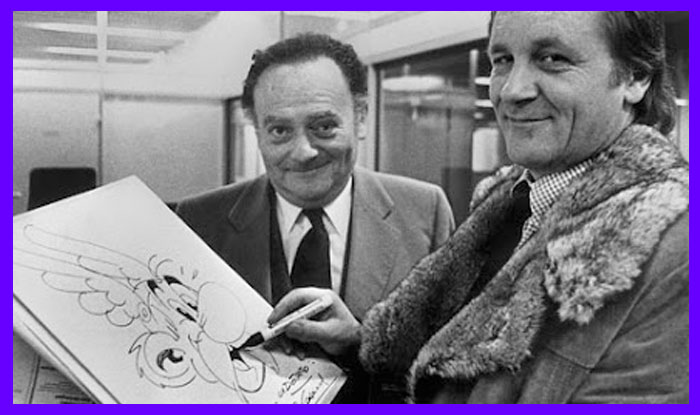 René Goscinny and Albert Uderzo are credited for creating the hugely popular Asterix comics. The Adventures of Asterix is a series of French comics which was written by René Goscinny and illustrated by Albert Uderzo. The story follows the exploits and antics of a small village of indomitable Gauls as they resist the Roman occupation by Julius Caesar in 50 BC. They are helped in their aim by the genius of their druid Getafix who brews a magic potion which temporarily renders the drinker invincible. The protagonists of the series are the titular character Asterix and his friend Obelix who along with his pet dog Dogmatix embark on different adventures. The names of the characters always end in ‘ix’ and always have a pun attached to mostly their occupation. 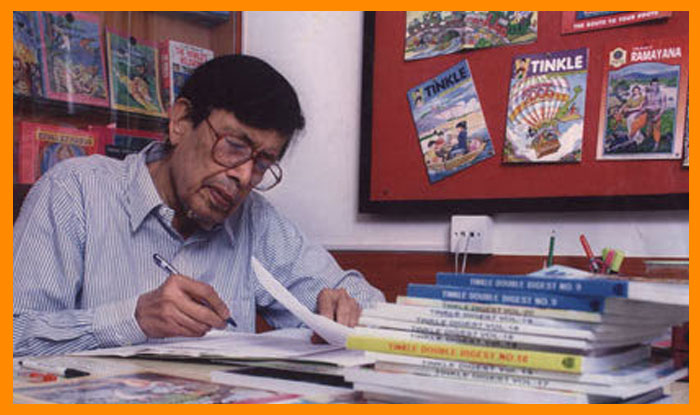 Anant Pai or Uncle Pai as he is popularly known as was an Indian cartoonist and a pioneer in the field of Indian comics. He is well known for creating the comic book series Amar Chitra Katha and Tinkle. Amar Chitra Katha retold traditional Indian folk tales, mythological stories and biographies of historical characters. Amar Chitra Katha was born out of an idea that Anant Pai had when he saw children answering questions related to Greek Mythology on a quiz show aired on Doordarshan in 1967 but couldn’t give the name of Lord Rama’s mother. Anant Pai took on the role of writer, editor and publisher and brought out Amar Chitra Katha. The series went on to become a publishing milestone for the Indian comic book scene and is still popular to this day. 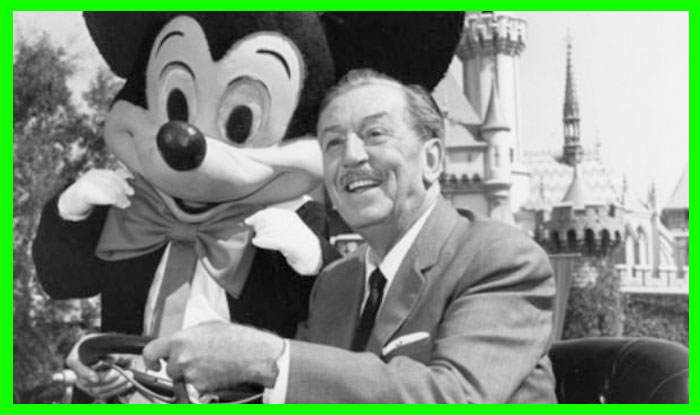 Walt Disney’s name needs no introduction. He was an American cartoonist, entrepreneur and animator who went on to create Mickey and Minnie Mouse. He was a pioneer of American animation industry and is the undisputed king of children’s world. His animation movies which were created under his production company The Walt Disney Company. Mickey Mouse, Donald Duck, Minnie Mouse, Goofy, Daisy Duck, Talespin, Ducktales, The Little Mermaid, Arabian Nights and others are all the cartoon series that his company developed. The animated movies that he produced during his lifetime such as Snow White and the Seven Dwarfs, Fantasia, Pinocchio, Dumbo and Bambi are still loved over such a long time and have achieved a cult status now. Every kid’s dream is to visit the Disneyland in California, United States and is one of the biggest tourist attractions of United States. 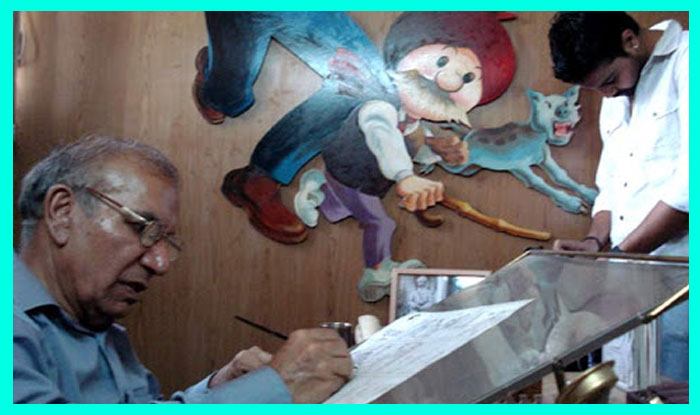 Pran Kumar Sharma better known as Pran is an Indian cartoonist best known for creating the character of Chacha Chaudhary, the man whose brain works faster than a computer. He also created other lovable characters like Shrimatiji, Pinki, Billoo, Raman and Channie Chachi. These comics were a staple diet of kids borns in 80s and 90s and his cartoons made it to many magazines as well as individual comics. Chacha Chaudhary is immensely popular even today and Pran was given the title of Walt Disney of India in The World Encyclopedia of Comics. The Chacha Chaudhary strips have a permanent place in International Museum of Cartoon Art in United States. 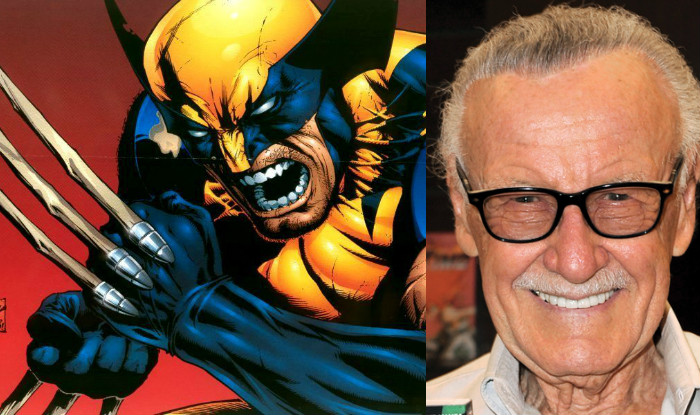 Stan Lee is an American comic-book writer, editor, publisher and former president and chairman of Marvel Comics. In collaboration with several artists like Jack Kirby and Steve Ditko he created Spider-Man, the Hulk, Doctor Strange, the Fantastic Four, Iron Man, Daredevil, Thor, the X-Men, Wolverine and many other fictional comic book characters. Today, almost every other superhero movie that Hollywood churns out is from the universe created by Stan Lee. It would be blasphemous of creating a list of all time great cartoonists and not include Stan Lee in it.

Comic books, comic strips, cartoons and animation and movies based on these cartoon characters are what we know as the best form of entertainment. The characters in these comics are believable and often have some or the other quality and lesson to teach if only we read between the lines. After all comics and cartoons are literature which can be treasured for eons to come.