World Environment Day 2020: Meet These Young Indian Climate Warriors Who Are Fighting to Save the Planet

Here is a look at 3 young Indian warriors who are trying to save the world, one step at a time

New Delhi: As we approach the World Environment Day on June 5, it is a time to reflect on our relationship with Nature and surroundings, wake up to the urgency of the climate crisis and focus on the planet’s long-term survival instead of plundering it for short-term profits.Also Read - World Environment Day 2020: Positive Impact of COVID-19 Lockdown on Environment

Much of the damage is done, but there is still time to save this beautiful planet for the coming generations.

Thankfully, the generation of today itself is becoming aware, and demanding governments take action to tackle climate change. While we all know about the 17-year-old Swedish activist Greta Thunberg, who is leading the climate change revolution, there are also many other young activists across the world, including India, who are equally fighting for the planet.

Here is a look at 3 young Indian warriors who are trying to save the world, one step at a time: 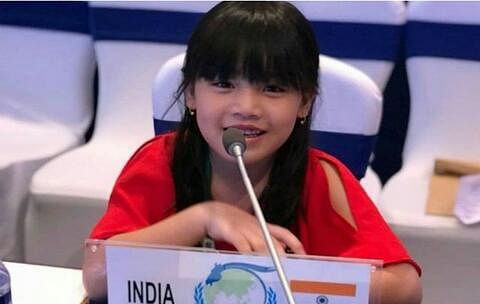 Licypriya Kangujam, an 8-year-old climate activist from Manipur, has been campaigning for action to tackle climate change in India since 2018.

Kangujam dropped out of school at seven years of age, in February 2019, to protest in front of Parliament House in New Delhi to draw the attention of the Prime Minister Narendra Modi to pass the climate law in India.

“I cry when I see children losing their parents and people becoming homeless due to danger of disasters. My heart feels sorrowful for people who can’t help themselves when disaster strikes. Many root causes are the impact of climate change,” she said at an event in 2018.

Many undermine me but protesting over a years in front of the Parliament House for Climate Action from our leaders is not a joke.I will fight until my goal achieved. You may try to stop LICYPRIYA but hundreds of LICYPRIYA will comes out.

Never underestimate the power of a child. pic.twitter.com/xLQGhHIk5A

She received global attention as a climate change activist when she spoke at the COP25 climate summit in Madrid, Spain, in December 2019 and has already spoken in 21 countries on climate change.

Licypriya has also campaigned, often alone, for new laws to help address the issue of poor air quality across India. She also wants that lessons regarding climate change are compulsorily taught in school. 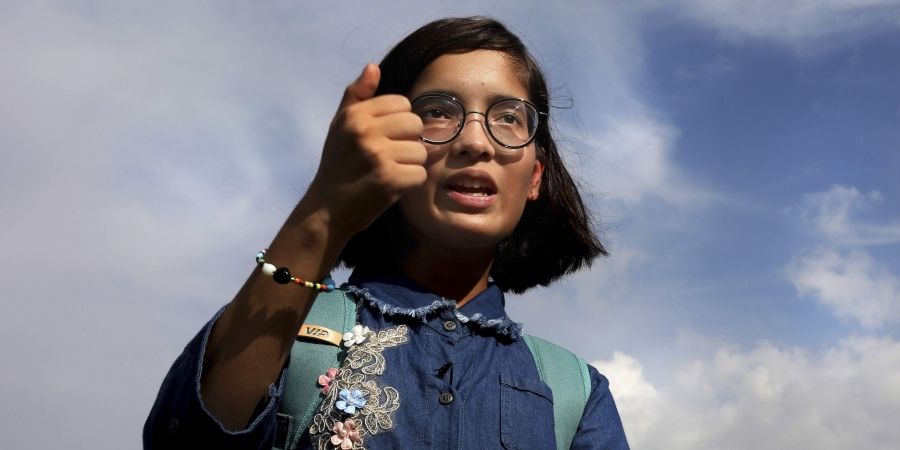 Hailing from Haridwar, 12-year-old Ridhima Pandey was among the 16 young activists who filed a complaint at the United Nations to protest a lack of government action on the climate crisis.

Her interest in the climate started in 2013 when Uttarakhand was devastated by massive floods that claimed hundreds of lives and left thousands homeless. She hit the headlines in 2017 when she filed a petition in the National Green Tribunal against the government for failing to take action on climate change.

To her dismay, the NGT said climate change was already covered under the environment pact assessment and disposed of her plea.

In her petition, she said: “India is one of the most vulnerable countries to be affected by climate change” and called for immediate government action to assess industrial projects, prepare a carbon budget and create a climate recovery plan.

Mincing no words, she blames the government for the current scenario and had earlier said: “Our government is working on paper, less on the ground”. She contended that India was one of the most vulnerable countries and was already experiencing the adverse impacts of climate change.

I want to see #BlueSkies all year round. Do we need a #pandemic and a social crisis with unemployment to breathe clean air? Our air quality index (AQI) has been 60, and I want that each day @GretaThunberg @Fridays4Future @moefcc  #SaalBhar60 @PMOIndia @ravishndtv pic.twitter.com/DrAvwp8jE4

On the issue of Ganga cleaning, Ridhima had claimed that not much progress was visible on the ground and said, ”We consider Ganga as our ‘Maa’ Yet we wash our clothes and throw waste in it. The government claims its cleaning but there is hardly any change in the condition of the river. It is still polluted. The government must take proactive measures.”

Ridhima, who is a class topper, says her mission is to ”save the future” and has also called for a total ban on plastic. 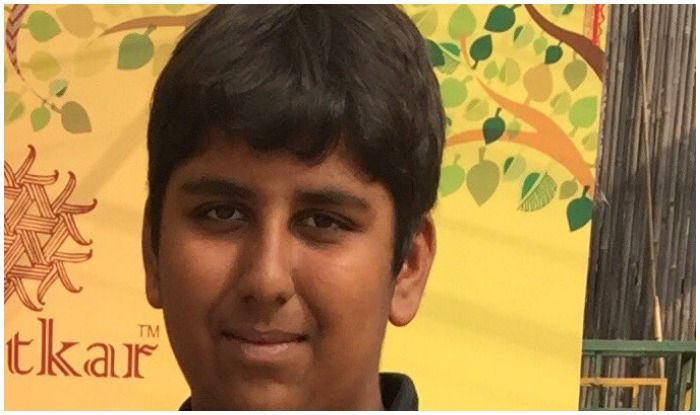 In 2018, Aditya Mukarji started campaigning to get people to stop using plastic straws by going around cafes and restaurants and persuaded them to use eco-friendly alternatives. He launched this campaign after he was deeply impacted by a video of two veterinarians trying to remove a plastic straw from a turtle’s nose.

In an effort to phase plastic out, Aditya, a volunteer at NGO Chintan, eliminated around 25 million plastic straws and other single-use plastics from the ecosystem.

Due to his campaign against plastic usage, conservation of forests, and climate strikes, he was invited to be a part of the UN Youth Climate Action Summit in 2019 and later also took part in the climate change march organized by the Greta Thunberg.

More power to these young warriors. May they prosper and may their tribe grow!