World’s simplest electric train, here is how you can make a train at home – Watch video

The kids at your home will surely love this experiment 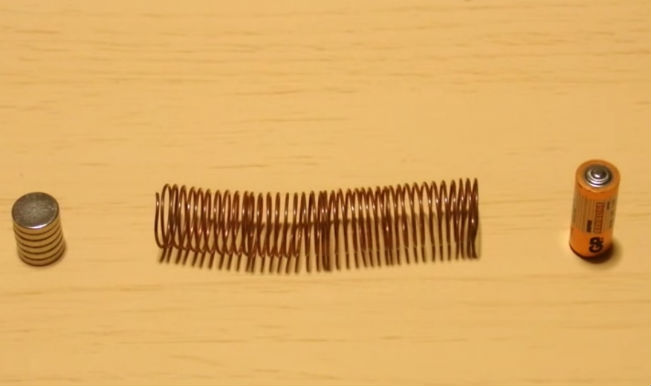 Forget toy trains or even the real ones, here is a video uploaded by Amazing Science on YouTube that demonstrates how to make a train at home. It is the simplest train you will ever see and can be made without any groundbreaking technology. The kids at your home will surely love it. All you need to have is a copper wire, a dry cell battery and few magnets. And that’s is it, yes to make this simple train that is all you need to get your hands at and the rest is all science.  Also Read - Bhawani Mandi: India's Unique Railway Station Which Falls in Both Madhya Pradesh & Rajasthan

This experiment basically works due to the placement of magnets. The battery along with magnets and copper wire make a circuit. The magnets have been placed in such a way that they create the force in the same direction. It makes the battery move and with it the magnetic field moves. And the movement is constant. Also Read - MP Woman Attempts to End Life by Standing on Rail Tracks, Brave Auto Driver Saves Her | Watch

If one tinkers with the whole experiment and keeps the direction of magnets opposite to each other, it will cause no movement. As both the magnets will be exerting the force towards their respective sides, and that will make battery stationary.