World’s Ugliest Dog 2017 is Martha: See pics of Neapolitan Mastiff winner along with other ugly dogs in competition

Guess who broke Chinese dominance in the annual contest of World’s Ugliest Dog – 3-year-old Neapolitan Mastiff! Martha weighing 125-pound has been adjudged as the winner of World’s Ugliest Dog 2017 competition at the Sonoma-Marin Fair in Petaluma, California. The unusual yet interesting event held yearly is usually dominated by the old, tiny and hairless Chinese Crested or Chihuahua dog breed but not this time around. The young droopy faced Mastiff beat its competitors to win the 29th annual World’s Ugliest Dog Contest. The pictures of Martha along with other ugly participants are bound to win your hearts. Also Read - Zsa Zsa: World's Ugliest Dog Passes Away at The Age of Nine

Martha from nearby Sebastopol began as a crowd favourite when she took on the stage. The contest which sees the dog owners’ groom the animals and they parade on a stage in front of the judges. While other dogs showed off themselves, Martha with heavy drools, red eyes and lots of excessive skin preferred to play it cool – enjoy slumber time with her face almost spread across the ground. Martha’s snoring amused the crowd and judges throughout the competition. Also Read - Zsa Zsa: English Bulldog Wins The Title of World’s Ugliest Dog 2018

“Do you know you just won the World’s Ugliest Dog Contest?” asked Kerry Sanders of NBC News, one of three judges who gave Martha the title. Her handler Shirley Zindler answered on her behalf: “I’d gloat, but I need a nap.” Martha won a cash prize of USD1, 500, a shiny trophy and a trip to New York for media appearances but a look at the winner and you would instantly realize she cannot care less. Also Read - Meet Quasi Modo - The pitbull who wins world’s ugliest dog contest 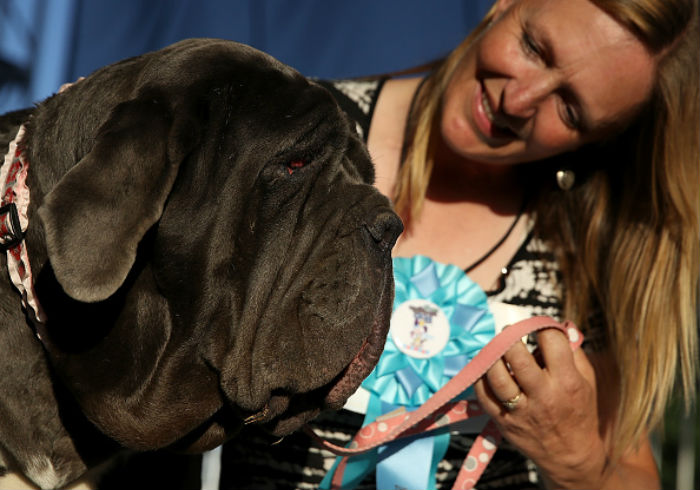 Martha was nearly blind due to neglect when she was rescued by the Dogwood Animal Rescue Project in Sonoma County, where this contest was held. After several surgeries, the Mastiff has now regained some of her sight. She is now staying with her new adopted family at Penngrove, California. 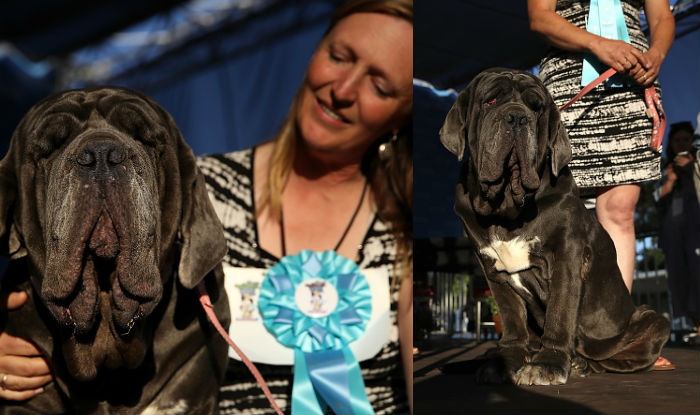 Shirley Zindler of Sebastopol, California sits with her Neapolitan Mastiff named Martha after after winning the 2017 World’s Ugliest Dog contest at the Sonoma-Marin Fair on June 23, 2017 in Petaluma, California. (Photo credits: Getty Images). 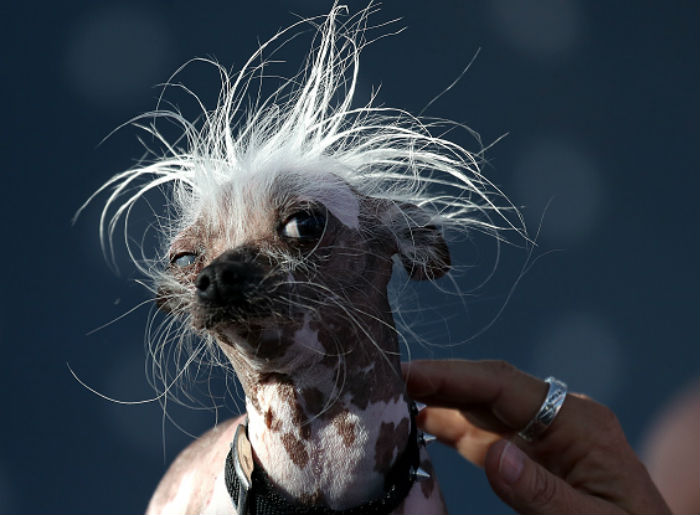 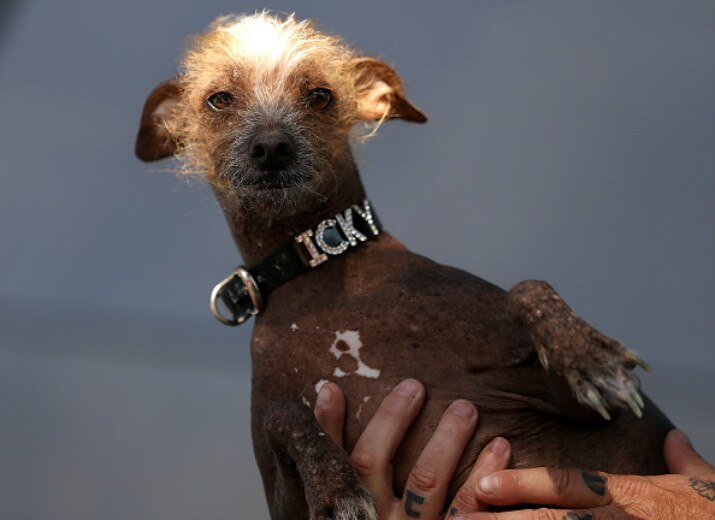 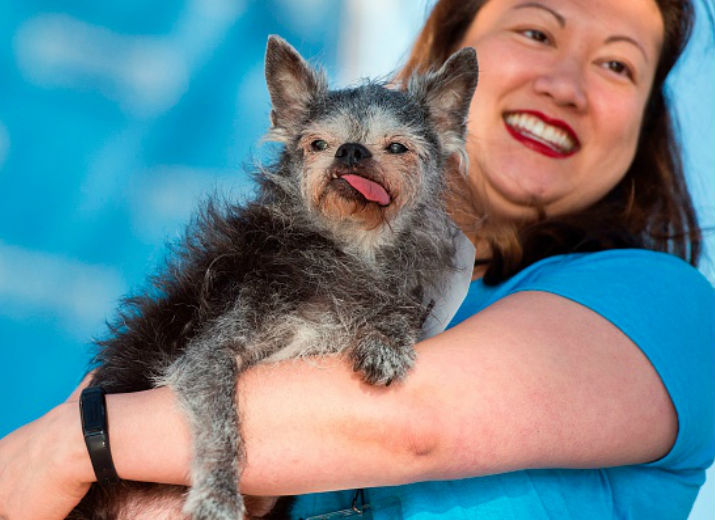 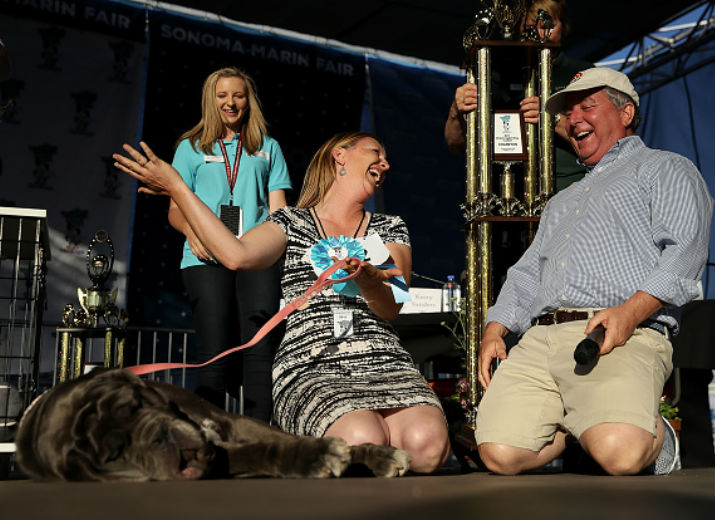 Martha was her natural self – not care two bits about the surrounding. She slept, lied down when felt like leaving the organizers and judges amused during the entire time. The Mastiff might have won the title of World’s Ugliest Dog but she is far from being one. The pictures prove she is one gorgeous dog who is too cute to handle – especially her admirable sleeping trait – so relatable.