Dream it and there’s an app for it. There are gaming apps, utility apps, apps that do absolutely nothing but take up phone space, prank apps, etc. But this one takes the cake! This is the all new ‘Arranged Marriage’ app! Now, tell us honestly. What comes to your mind when you hear the words ‘arranged marriage’ app. An app like Shaadi.com or some other matrimonial site that helps couples get hitched? Or perhaps an app that offers tips to individuals exploring the arranged marriage option?Also Read - Funny Rahul Gandhi apps you must download for when you have nothing else to do in life

Well, unfortunately, it is not. It is a gaming app. An arranged gaming app. Ok. Cool. Nothing really preposterous about it. Considering over 60 percent of marriages in India are arranged marriages, a gaming app around them sounds fun.

But unfortunately, it isn’t. You’ll be horrified to know the truth. The Arranged Marriage app is all about helping the bride run away from her arranged marriage! Her wedding has been arranged against her express wishes and she has to abduct from the mandap and run to her boyfriend!

Think that’s bad? Well, to make things worse, the game even has power-ups as the bride escapes on a white horse. You can even pair up with your friends from social networking sites to see who can escape the fastest! 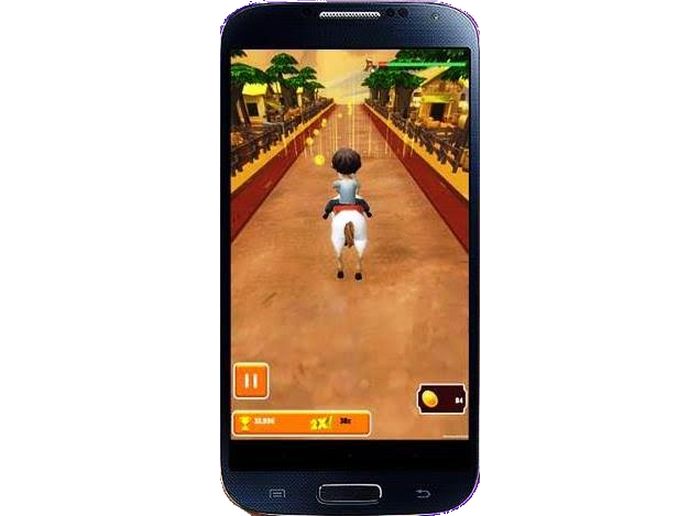 According to the Press Release:

“You are in love, but your parents are forcing you to marry someone else. Will you tie the knot or run away from it? The choice is obvious –Run and escape from getting married! Thrilling, isn’t it? Junglee Games adds to its plethora of exciting games with the launch of this one of a kind Junglee Arranged Marriage gaming application.

This application allows smartphone users to download the exciting 3D running game and join the non-stop marathon to escape that big fat arranged marriage. Endowed with exciting features, the incredible mobile version of the game allows the players to run, jump, slide and enjoy the adrenaline rush with lots of thrilling challenges and levels!

In the game, one gets to hop onto the white horse and outrun one’s would-be spouse. Players can sprint faster with power ups, take protection with ultra-shields and collect coins with powerful magnets. For all those who are intimidated by the concept of an arranged marriage, here’s your chance to escape it, at least virtually!”

Well, while we get the fact that the whole feminism movement is on the rise in India, it is bulshit like this that gives people wrong ideas. Runaway bride movies might sound fun but in real life, wedding isn’t a game. Also, considering the app can be used by audiences of all ages, it might even lead to a mental block against arranged marriages in the minds of the youth.

Unfortunately, the maker of the app, doesn’t think so. According to ‪Satya Mahapatra, CMO of Junglee Games, “The Junglee Arranged Marriage game is a fresh and innovative way to celebrate love and freedom of choice in marriage. It is an attempt to highlight the odds stacked against those who undergo arranged marriages. We wish to take a light-hearted dig at all the practices that are sanctioned in the name of an arranged marriage and how this sacred union should actually stand for a ‘happy ending’. The best part about the game is that it has been designed for entertainment as well as enlightenment where it highlights the evils of the society like Dowry as an obstacle or social evil that a player has to dodge. Arranged marriages are wonderful only when they are consensual and not forced.” 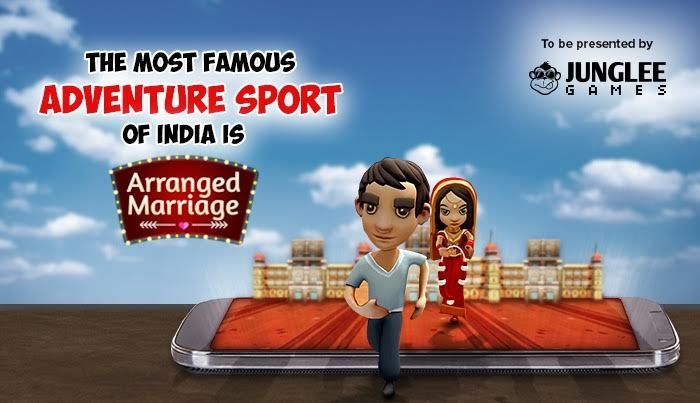 While the love marriage arranged marriage debate has been raging on forever, here’s why we need to honestly take a break. Both have their pros and both have their cons. Let me tell you something Mr. Satya: those who undergo arranged marriages do not have “odds” stacked against them. There are millions of Indians who are extremely happy and satisfied in arranged marriages too. There should be freedom in a marriage we agree, but not at such costs and definitely not in this way. If you wanted to create awareness about social evils, why not have an app where a braveheart fights such evils along with the male partner? Passing off such horrifying apps in the name of ‘fun and for social benefit’ is absolute trash. Just stop monetising ever little thing Junglee. #Disgusted!