Xiaomi Redmi 1S: 12th flash sale on Flipkart today likely to be the last one

One thing peculiar thing about this flash sale is that this could possibly turn out to be the last sale of the Chinese device Xiaomi Redmi 1S. 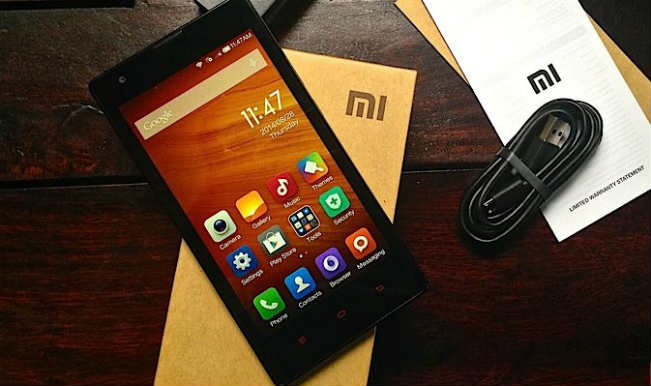 Xiaomi will hold its 12th batch of sale today which could possibly be the last sale of the budget smartphone Xiaomi Redmi 1S in India. The flash sale will kick off at 2pm on the largest e-commerce platform Flipkart for all the registered users. The last flash sale on which was on November 11 offered 65,000 Redmi 1S units.One thing peculiar thing about this flash sale is that this could possibly turn out to be the last sale of the Chinese device Xiaomi Redmi 1S. Also Read - Amazon, Flipkart, Rejoice as Festive Sales Brings Back Lost Customers

Following the launch of the Xiaomi Redmi Note in India the Chinese company could draw back the sale of this budget smartphone. The 3G Redmi Note will be sold on Flipkart  flash sales from December 2 onwards. Therefore, this will be the last week of Redmi 1S flash sales. A while back the company had discontinued sales of the Xiaomi Mi 3 in India to largely focus on the current budget phone Xiaomi Redmi 1S. So with the launch of the phablet we expect the same. Read: Xiaomi Redmi 1S flash sale to be discontinued, Redmi Note coming to India next! Also Read - Flipkart, Paytm Offer Instant Cashback During 'Big Billion Days'

Xiaomi Redmi 1S is priced at Rs 5,999. The features include 4.7-inch 720p HD IPS display, Snapdragon 400 quad-core processOnor, 1GB of RAM, 8MP rear camera and Android 4.3 with MIUI v5. The phone has 2000 mAh battery, 8GB of internal storage, microSD cards slot, dual-SIM support and 3G connectivity. This premium product packed with a whole lot of features at a reasonable price makes it all the more desirable.

Chinese device makers Xiaomi has become the third largest smartphone manufacturer in the world. Xiaomi products exclusively available on Flipkart, initially received phenomenal response but later went into lag. With the launch of the Redmi Note in India Xiaomi might once again be talk of the town. Read: Xiaomi Redmi Note 3G and 4G launched in India; available on Flipkart from December 2