It was sold out in less than 5 seconds both the times it previously went on sale. 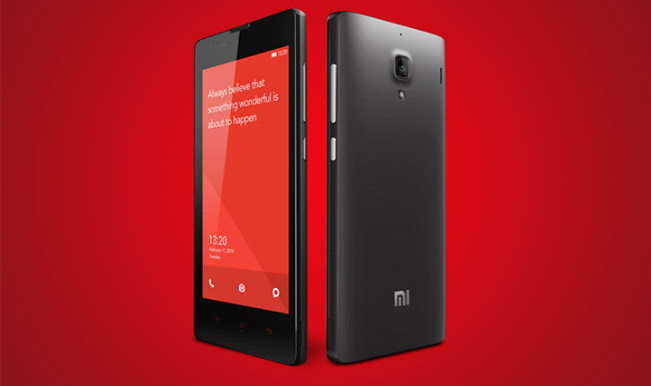 Xiaomi Redmi 1S went on sale today, September 16, 2014 and was sold out in 3.4 seconds. The phone had previously gone on sale on September 2nd when it was sold out in 4.2 seconds and the second sale which happened on September 9th was over in 4.5 seconds. 40,000 phones were up for grabs in each of the sale. Registration for the sale of the phone started on September 9th and ended on the intervening midnight of September 15-16th. The official Twitter handle of the company’s India branch @MiIndiaOfficial posted the following tweet. Also Read - Redmi 9 Prime Flash Sale Starts in India Today at 12 pm – Check Price, Specifications, Camera Features

You you you you you, all of you are super AWESOME. Thank you so much for the fantastic support! <3 pic.twitter.com/mWhSXcl580 Also Read - Xiaomi Mi 10 Ultra Leaked Online: Know Specifications, Color Option, Under Screen Camera Details

The Xiaomi Redmi 1S is considered to be a competitor of Moto G at a price of Moto E. The Redmi 1S has a 1.6 GHz quad-core Qualcomm Snapdragon 400 processor with Cortex-A7 core and Adreno 305 image processor. The phone has an 8GB flash memory. It has a 4.7 inch display with a resolution of 1280 x 720 with 312 ppi. It has an 8MP primary camera and a 1.6MP secondary camera. The phone comes with complimentary screen protector and a micro SIM adaptor, apart from the usual accessories that come with the phone. The specifications are quite high for a phone of at its price range. Flipkart has given an estimated delivery period of 7-10 days for the phone.

Fortunately, Flipkart did not crash this time around. The e-commerce website had crashed first during the launch of Moto E in mid-May 2014. It also crashed during the first sale of Xiaomi Mi3. There have been no reports of crashes for the launch of Redmi 1S although users are still unhappy with the way Xiaomi has carried out the sale of its phones. The next sale for Redmi 1S will be on September 23rd.