This film was directed by Vivek Agnihotri and produced by Anubhav Sinha. We could only say that no one has Zid to watch Zid movie. 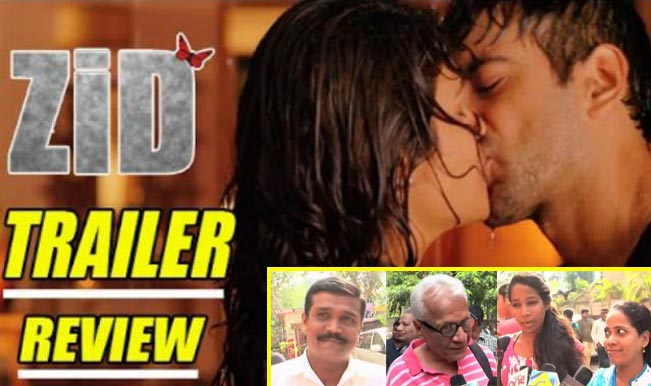 The hot sizzling trailer of Zid had created a buzz with Priyanka Chopra’s cousin Mannara’s initimate scenes with Karanvir Sharma. The movie which released lately is seen to be getting mixed responses from the audience. The tagline of the film itself says ‘Come play with the fire’. Let’s see what the audiences have to say about Zid. Also Read - ‘It’s Very Bloody Unfair’: Anubhav Sinha on Kartik Aaryan’s Ouster From Films

The story plot of Zid is not heard to anything out of the box. The story revolves around love, lust, obsession, crazy drives, and crime. Each and every time in the movie, crime unfolds the audiences were confused. There is a love triangle in the film along with some detectives, witnesses which actually makes the crime scene more complicated. Also Read - Swara Bhasker Supports 'Warrior' Taapsee Pannu And Anurag Kashyap in Tweets After I-T Raids

Ronnie (Karanvir) plays the character of a crime reporter who is based in Goa and is trying to overcome all the shattered memories of his ex-soul mate. On the other side, there is a passionate boss who wants to make his life hell who advises to get over his past. Later in the movie, he moves to a new place and meets Maya (Mannara) who is the daughter of the landlord. Interestingly, pets have been given much bigger roles in 2014.

Soon Ronnie falls in love with Maya and goes out on a date, wherein there romantic night turns into havoc. Ronnie’s car hits a girl whose on a bike shocking him. Further his ex-girlfriend enters in his life making it a mess. There comes a detective Moses and lots of kisses, smooches, and love making scene. Although seducing scenes are on its peak in the movie, but badly failed with the story line.

The performances of the actors were flawless and extremely loud. Finally, when the story reaches the climax, it leaves the audiences thinking about who the exact villain is? Overall this movie is a onetime watch and apart from this Mannara does awesome acting according to the audiences where as Ronnie resembles John Abraham. The average part of the movie is its playlist. Zid movie was an overall package of mirch masala filled with erotic thriller. This film was directed by Vivek Agnihotri and produced by Anubhav Sinha. We could only say that no one has Zid to watch Zid movie.