All those who were on a “chocolate diet” are in for devastating news—the study that chocolate can help you lose weight was a prank! 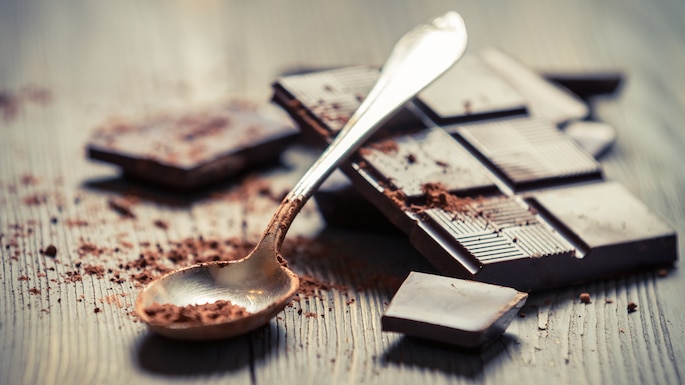 Also Read - 'How Dare You': Woman Asks For Removal of Chocolate End From Cornetto Ice Cream, Twitter is Just Aghast

All those who were on a “chocolate diet” are in for devastating news—the study that chocolate can help you lose weight was a prank! Also Read - Ganesh Chaturthi 2020: Indore Woman Makes Coronavirus-Themed Eco-Friendly Idol Using Chocolate

It all started last December when science journalist Johannes Bohannon received a call from German television reporter Peter Onneken. He was working on a documentary about junk science and big headlines, but Onneken wanted Bohannon’s help to conduct a “fake study.” Also Read - After Sweet Maggi, Chocolate Dosa is Now Creating Buzz on Twitter

He then set up a fake website called the ‘Institute of Diet and Health,’ submitted a study to the International Archives of Medicine (who publish anything for money), crafted an excellent press release and waited for the world media’s reaction. As expected, media outlets from across the world took the bait. The “study” made its way to glossy prints, was published in 18 countries, and even became a topic of discussions on television news.

However, among his study group, those with the chocolate diet lost weight 10 percent faster. Relieved? Well, not so soon! Bohannon explains:

“Here’s a dirty little science secret: If you measure a large number of things about a small number of people, you are almost guaranteed to get a statistically significant result. Our study included 18 different measurements — weight, cholesterol, sodium, blood protein levels, sleep quality, well-being, etc. — from 15 people. That study design is a recipe for false positives. We didn’t know exactly what would pan out — the headline could have been that chocolate improves sleep or lowers blood pressure — but we knew our chances of getting at least one statistically significant result were pretty good. …A woman’s weight can fluctuate as much as 5 pounds over the course of her menstrual cycle, far greater than the weight difference between our chocolate and low-carb groups. Which is why you need to use a large number of people, and balance age and gender across treatment groups. (We didn’t bother.)”

So, here are a few things about chocolate that we can be certain of.

Chocolate is high in calories

Raw chocolate is high in cocoa butter, which is fat. During chocolate refining and manufacturing, this is removed and then added back. Companies may also add other fats, sugars, and mil—all of which increase the calorie content of chocolate.

Chocolate has a link to obesity

Even though dark chocolate might be your favorite, it is an energy-rich food. And consuming it regularly without any physical activity (to burn all the fat) can increase the risk of obesity.

Chocolates can be addictive

Chocolate, with its sugar and fat, is a classic target for food addiction. A study done by researchers at Drexel University concluded that while eating chocolates, people can have psychological reactions such as intense pleasure and cravings for more—this is similar to reactions caused by certain drugs.

Moral of the story: Next time, when you start blindly believing scientific studies (especially on weight loss), do some research!